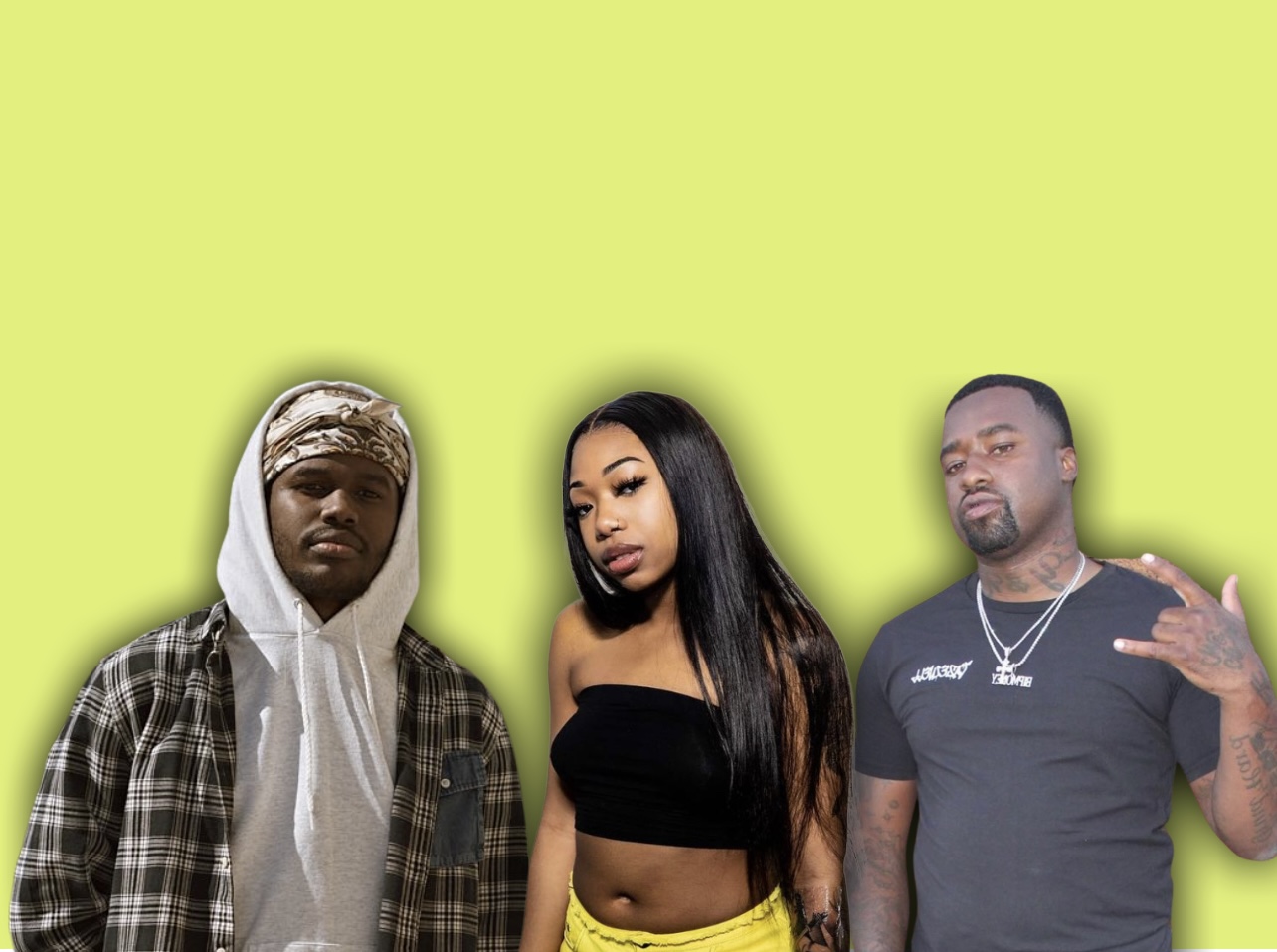 From over West to over East and everywhere in between, Baltimore’s musical landscape couldn’t be more diverse. Without one particular sound, the city has a history of producing talented creatives that dabble in a wide range of styles. Artists like JPEGMAFIA and YG Teck represent the polar opposites of Baltimore’s rap scene, but both are important to the city’s ecosystem, proving that any artist can thrive as long as they have the skills.

Today, rappers and singers from all over Charm City are flexing their gifts and building their audiences through local showcases, live shows, and other avenues that are reaching their listeners in droves. As more up-and-coming artists continue to make noise in the city, the group we’ve chosen to spotlight this year has proven to have that particular “it” factor that make them ones to keep on your radar. Ahead, take a look at a few Baltimore artists you should already be familiar with.

With influences that include Lil Kim, Lauryn Hill, and Joey Bada$$, Deetranada has the kind of edge a lot of rappers almost require these days. The West Baltimore native began rapping at 13 years old, later discovering her knack for rhyming at a 7th grade talent show. In 2017, she starred on season three of Lifetime’s The Rap Game, where she finished as a runner-up. But since then, the 20-year-old hasn’t slowed down her grind in the slightest. She impressed radio legends DJ Envy and Angela Yee with her freestyle on The Breakfast Club in 2017, dropping her debut mixtape, Adolescence Swim, shortly after. Two years later, she, again, fiercely rapped another freestyle on Bars On I-95 with such passion that the clip has generated over 1 million views. She appeared on the show again this past January. Outside of her collaborations with local artists like OTR Chaz and Chris Cassius, Deetranada’s solo projects have also helped cement her rap reputation. Her debut album, DEEvsEVERYBODY!, and her latest offering, NADAWORLD, both display her sharpness and devotion to her craft.

Bipmoney Luv wields a street sound reminiscent of Migos’ early mixtape days with a slight southern twang to his voice. His music could fit seamlessly into the set of any DJ who’s eager to break a new artist. The West Baltimore native emerged in 2020 with his song “Other Day” — which is just a sliver of his storytelling skills. As far as his career is concerned, he’s stayed true to the lyrics he raps on “Bust Dem Packs”: “If you wanna be a star you gotta grind harder.” In the past two years, the rapper’s hustler spirit hasn’t dwindled. Since releasing his breakout single, Bipmoney has consistently fed his fans an abundance of music. His discography includes his debut self-titled project, Don Chi Chi – DA Trap Savior, and September’s Diego Jones Back At It, where Luv’s candidly retells the stories of his life. With over 100,000 views and counting on his YouTube channel, Luv is well on his way to becoming a city favorite.

Malik Moses’s sound may resemble that of artists like Smino, Buddy, and JID, but he adds his own flair to every single track he releases. His debut project, Show Me Something New, dropped last month under mixing engineer Derek Ali’s, aka MixedByAli — a known Top Dawg Entertainment collaborator — NoName record label. Moses is the first signee on the label and his rise actually came out of a unique partnership with Ali through Twitch. The mixing titan hosted a competition on the platform, encouraging musicians to submit original works to him, and out of hundreds of candidates, Moses won. The Baltimore native’s latest seven-track offering falls in line with some of Ali’s past work — warm, soulful, and self-reflective music that employs a fusion of Hip-Hop, R&B, and jazz. Moses’s album is already a strong contender for the smoothest release of the year with standout songs like “Wait Up 4 Me,” “Yippie Ki Yay,” and “Haiku + Cinderella” that could easily fly at a kickback. 2022 feels like it could be a big year for him.

Mira Lashea is gifted. The 4th Quarter recognized her skills and awarded Lashea’s tune “To The Top” a Hometeam Honors Award for Best R&B Song last year. The rapper-singer has a talent for rhyming and belting her heart out. Lashea’s music resonates with some because she honestly explores the complexities of love and heartbreak. While she gets vulnerable on songs like “One Thing” — which dropped late last year — Lashea also has the self-confidence that rivals the bravado of femcees like Megan Thee Stallion and Latto on her 2021 project, “2 Bad: The Mixtape.”  If she continues at this pace, Baltimore and beyond will have to give the multi-talented artist her flowers this year.

Doowy Lloh retains the same charisma as artists like Tyler, The Creator or Denzel Curry, flaunting his ability to out-rap anyone on his songs. The producer has played a part in aiding other Baltimore artists, like Miss Kam and T. Ali, craft their sound. Now, it seems like the Lloh is ready to show off his own skills. His new single, “Mad TV” — which features both Kam and Ali — is a cheeky showcase of the wordsmith’s prowess. The boom-bap song somehow packs in all three artists’ hubris in just 3 minutes, as they each deliver clever bars about world domination. Lloh’s capacity to shuffle between a high energy sound to a mellow beat — like on Kam’s “Just Like That” which he also produced — promises a flourishing career for him in the coming years.