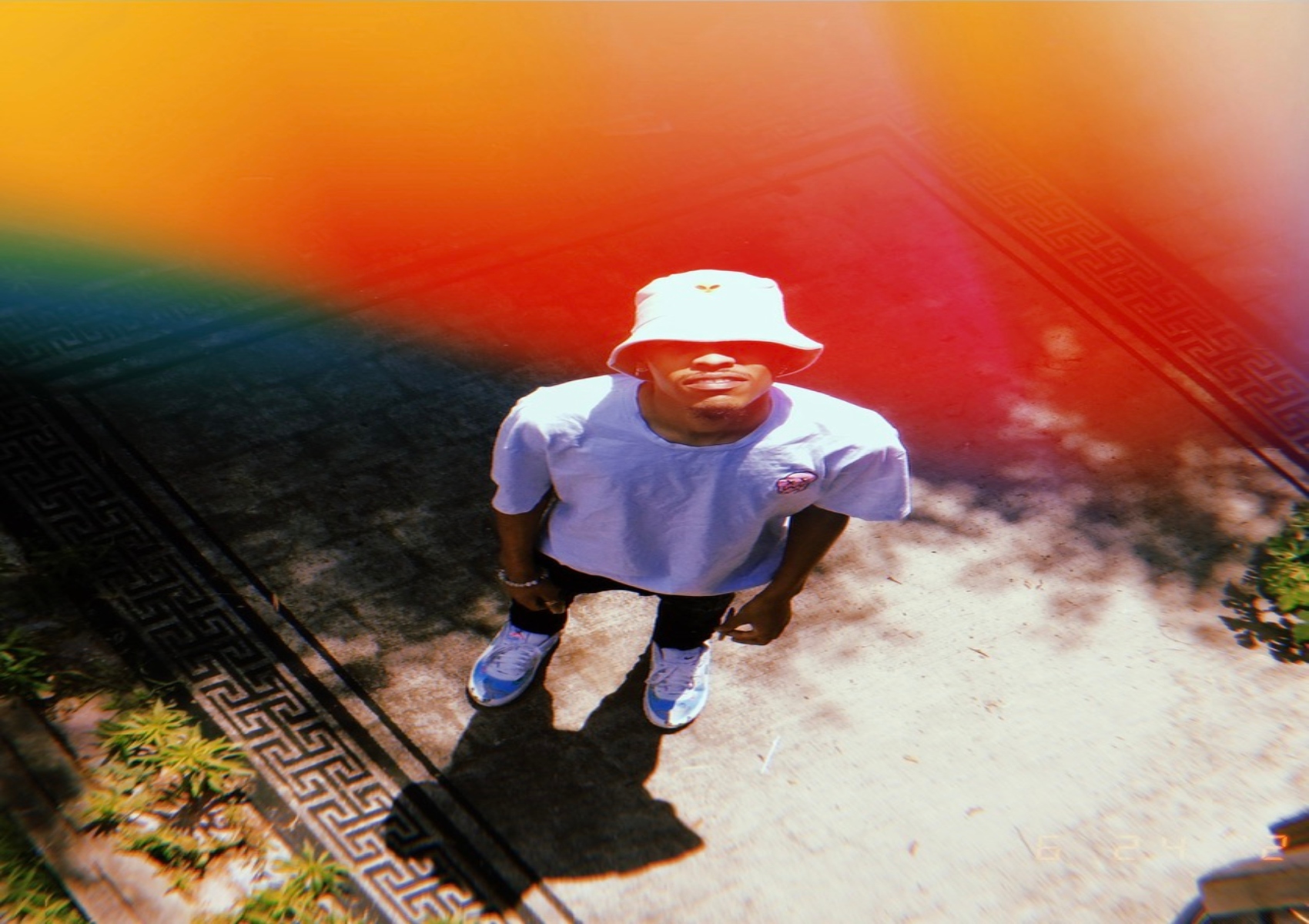 Leaving and returning back to a place you call home often helps you relearn what you once knew and adjust to new changes. Before leaving Baltimore (the Druid Hill area) for college in North Carolina, local rapper NAE was only vaguely acquainted with his city’s art scene. But his return last summer was his first real introduction to seeing the evolution of Baltimore artists’ originality and their hunger for creating their own unconventional paths to stardom.

Connecting with other Baltimore artists and becoming immersed into the art scene solidified NAE’s initial decision to not return to North Carolina and finish school, until recently becoming a college graduate. He took a chance with music, and after his first official session with producer GoodBoy the two, along with his friend K. Wood$, have been inseparable. “When I moved back home that was the first time I ever really met a producer,” NAE tells The 4th Quarter. “A person that even made beats for real, or me really having access to a studio.”

After securing studio access last year, NAE took full advantage of this opportunity to create and has been going nonstop ever since. While his steps towards carving his own lane in music continue to align with his aspirations, NAE didn’t always picture himself chasing that dream of becoming an artist. “I grew up really not liking my voice like that,” he admits. “I’ve dreaded the idea of me singing or having to have my voice over a beat since I was in high school. I never really learned how to use my voice until recently.”

During his adolescence, he wasn’t a fan of being in the spotlight which made him gravitate to joining his middle school’s theater stage crew. “I was always fascinated with lights, sound, the whole presentation of really bringing somebody into a world,” he says. “Most of the time it was any type of artistic stuff like making soundtracks for them or helping with the sound. And I became super useful and I ended up starting to get into music and liking that a lot more.”

The insight he gained from his theater experience, along with people in his circle pushing him past his doubt, are key things that guided him in his pursuit to actively make music. “For a long time I never thought of myself as an artist,” NAE shares. “I used to be like, [yeah] I love music [and] I love seeing all this stuff, but I don’t know if I’m what people want to see at the end of that. It took other people pushing me [to get to that point]. Now, I’m relearning all of the art that I pushed away to really get back into stuff.”

NAE’s previous EP, New Beginnings, was crafted during his journey of self-discovery, while entering into unfamiliar territory within Baltimore’s art scene. But his latest EP, Time Lapse, is the product of him ignoring societal pressure, redirecting his vision, and learning how to hone in on his unique traits. With Time Lapse, he’s now stepping into a newfound confidence and following the direction of where his music is leading him to.

“With Time Lapse it was like, I’m very proud that I put this thing together with someone that I’m really close with,” he says. “It was really just me, Kwan and GoodBoy. Me and the people that have stuck by me from the beginning and that, I really feel, gave people indication of where I want to go next and what I think I can do next.”

As he continues to develop his sound, bringing the most authentic version of himself to the booth is always at the heart of his music. He also strives to emulate his music inspirations like Frank Ocean, Tyler, The Creator and Roy Ayers — all artists who are known for perfectly capturing feelings through their lyrics to connect with their audience. “That’s not something that you can plan out or do strategically,” NAE explains. “You really gotta just live life and hope you’re not the only one experiencing stuff like this and hope other people find something in it.”

From being a theater kid to now becoming an up-and-coming artist, NAE has always connected the lines between the arts and rap — where he’s able to make people forget their own world exists and come into his own. The importance of connection coincides with NAE’s love for performing, which he describes as his “real passion.” Just as he cares about making quality music, he also wants to make people feel his performances no matter the size of the crowd. While he is busy working on his own craft, he hopes that fellow Baltimore artists can be a part of what he envisions for the city when it comes to performing.

“I think that every scene needs a performance infrastructure,” he says. “If you look at Chicago, New York, all these places have famous theaters where you’re not a real New York rapper or real Chicago rapper if you didn’t go to these places. I want to help Baltimore build that kind of infrastructure where it’s like performing and really [participating in] that part of our art becomes a [necessity].“