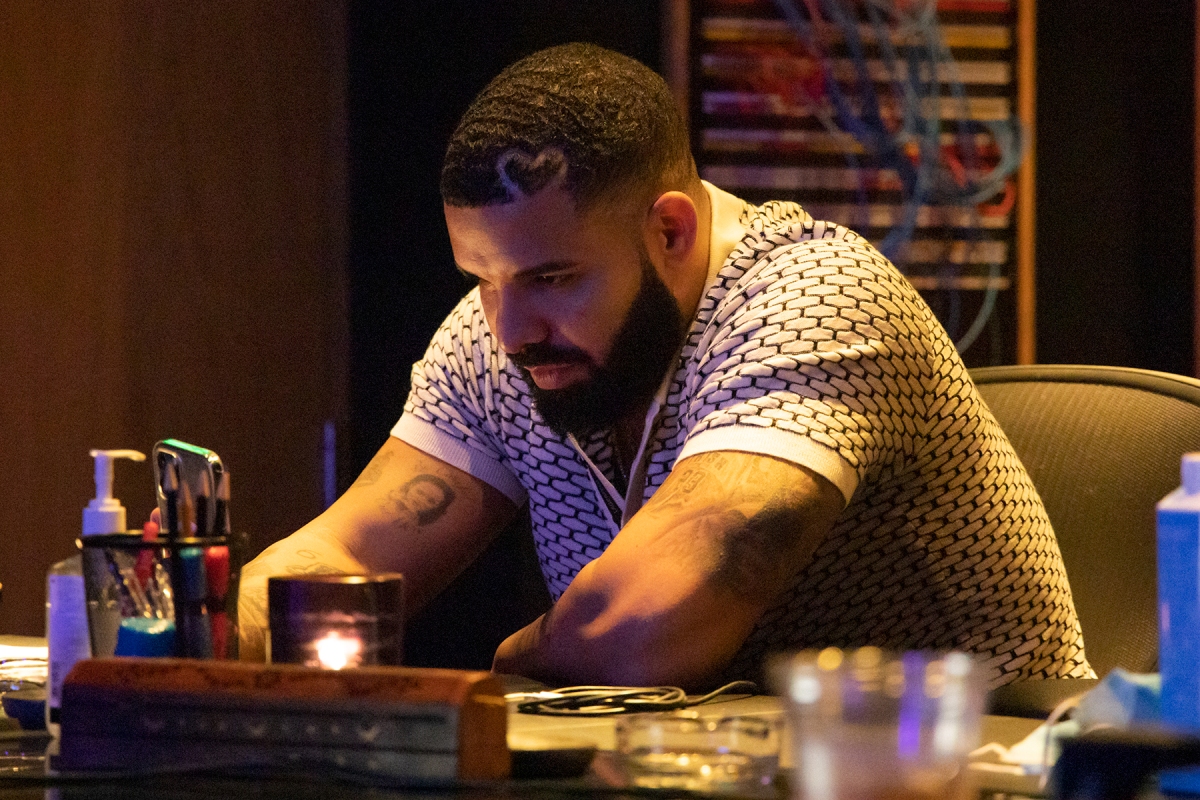 Just when we thought the man of the hour abandoned us, Drake – now Billboard’s Artist of the Decade – finally unleashed his sixth studio album, Certified Lover Boy (CLB). It’s been over three years between full length album drops for one of rap’s cornerstones, but he never once left our minds. CLB was first announced by Drake and his team back in late 2020 with expectations to hit the open market in January. However, various factors delayed the return of The Boy, casting a shadow of doubt around his highly-anticipated project.

One week prior to the album’s release, it received an official drop date through a cryptic station hack on ESPN, to which the glitchy transition revealed Sept. 3rd. As word spread of his impending drop, waves of theories and presumptions surfaced through various text threads and social media chatter. Between song leaks, feature verses, and my own personal unwavering fandom, I contrived expectations that would cement CLB as yet another compelling Drake album.

Certified Lover Boy accentuates each generation of Drake in a prolific way. On this album, Drake delivered an anthology of what could become some of his greatest hits, and some of those satisfying moments instantly propelled me to think of other bangers crafted by him. Nowadays, some view his music as being static, but his innate ability to replicate his work and infuse it with growth exhibits another level of consistency and mastery.

From fitting guest verses to overall sound production, here’s what I was able to gather from the dynamics of Drake’s well-constructed album.

A pleasant surprise this year is the resurgence of Lil Wayne. It feels as if Wayne, once collectively considered the “best rapper alive,” tapped back into his 2006-2010 prime once again. His 2021 feature track record so far includes Nicki Minaj’s “Seeing Green,” Westside Gunn’s “Bash Money,” and Polo G’s “Gang Gang” to name a few — some of which are relishing verse of the year contention.

Lil Wayne’s refocused lyrics, tethered with YMCMB repairing their relationship, all the more encouraged another great Drake and Wayne record – for nostalgic purposes at least. The self-proclaimed 6 God heard my prayers and delivered “You Only Live Twice” featuring Lil Wayne and Rick Ross – a track certainly derived from when the trio previously linked up on their hit song “Pop That” with French Montana.

Drake and Lil Wayne battle for rap supremacy each time they link up, so “You Only Live Twice” is just the latest spectacle of profound bars from the pair. With metaphors like “Still runnin’ the game, don’t ask me about the practice” (Drake) and “All my chains look like snakes, that’s some real diamondbacks” (Lil Wayne), the two haven’t lost a step since their initial collaboration in 2008 for “Ransom.” The friendly competition between them galvanizes the other to perform at their best, which is mostly evident on tracks like “Miss Me,” “HYFR,” and “B.B King Freestyle.” When these two icons combine their rap prowess, prepare for an exciting lyrical exercise because the bar will be raised.

First of all, moment of silence for the “Champagne Poetry” instrumental. Intro Drizzy was in full effect as he ushered us into the beginning of CLB with his introspective bars over the “Navajo” (by Masego) and “Michelle” (by The Beatles) sampled beat. After he rapped: “The only sign of strugglin’ is coming from thosе guys/ I’m trying to just relate what I can see through my own eyes,” I crossed another stout, captivating intro off my list. The importance of having a banging intro is ubiquitously known in Hip-Hop, and Drake is well aware of that. His catalog of top tier intro records include Take Care’s “Over My Dead Body,” If You’re Reading This It’s Too Late’s “Legend,” Nothing Was The Same’s “Tuscan Leather” (my personal favorite), and now “Champagne Poetry.”

It’s unfortunate that a particular subgroup of Drake fans despise his R&B tracks. A defining asset of Drake’s artistry is the ability to blend his crooning vocals with smooth raps for a harmonious sound that resonates with his listeners. Without a doubt, on an album earning the title Certified Lover Boy, I envisioned all the vibey, emotional, disrespectfully-honest Drake songs. “Get Along Better” has the ostensive elements of great Drake R&B, while the smooth, poignant penmanship on “Race My Mind” and “Pipe Down” showcase the allure that originally fascinated me as a fan. Now, I didn’t receive all the R&B that I desired, but The Boy still delivered.

When it’s all said and done, Drake and his lifelong friend/producer, Noah “40” Shebib, will be etched into the elite duo Mt. Rushmore – right next to Michael Jordan & Dennis Rodman and Batman & Robin. 40’s production virtuoso plays a critical role in the expansion of Drake’s musicianship on every project that’s released. Anticipating when 40 sends the instrumentation or Drizzy vocals underwater has become a natural pastime for Drizzy enthusiasts and a staple in Drake’s sound.

From project to project, one consistent aspect has always been the high-level production, and every time Drake will assemble an Avengers-esque team to supply an unparalleled conglomeration of beats. Some of the other standout producers featured on CLB include Leon Thomas III (best known for his role as Andre Harris on Victorious) who has credits on “Pipe Down” and “Race My Mind;” Metro Boomin who handled “Knife Talk;” wondaGURL who worked on “Fair Trade;” and Nineteen85 who helped out with “Get Along Better.”

Any Drake song, let alone an album, needs an array of braggadocious and pensive, quotable lyrics. Lyrics from the Travis Scott featured track “Fair Trade: “I’ve been losin’ friends and findin’ peace/honestly that feels like a fair trade to me,” instantly flooded captions as if October’s Very Own campaigned a second set of billboards, and . Enjoy a few of my own favorite (soon to be used) captions below:

All in all, Certified Lover Boy provided me with the Drake experience that I’ve been yearning for all year. From the 21-track offering there are a solid 15 songs, which I’ll probably add to my own Drake rotation for different occasions. This album, similar to his other projects, will grow on his audience because it’s already happening to me. During my initial listen, “Fountains” featuring Nigerian superstar Tems felt out of place, but several listens later it’s become a go-to song for me. There are a handful of songs that ultimately make CLB a superb Drake project and all of these gems are proof that the album was well worth the wait.