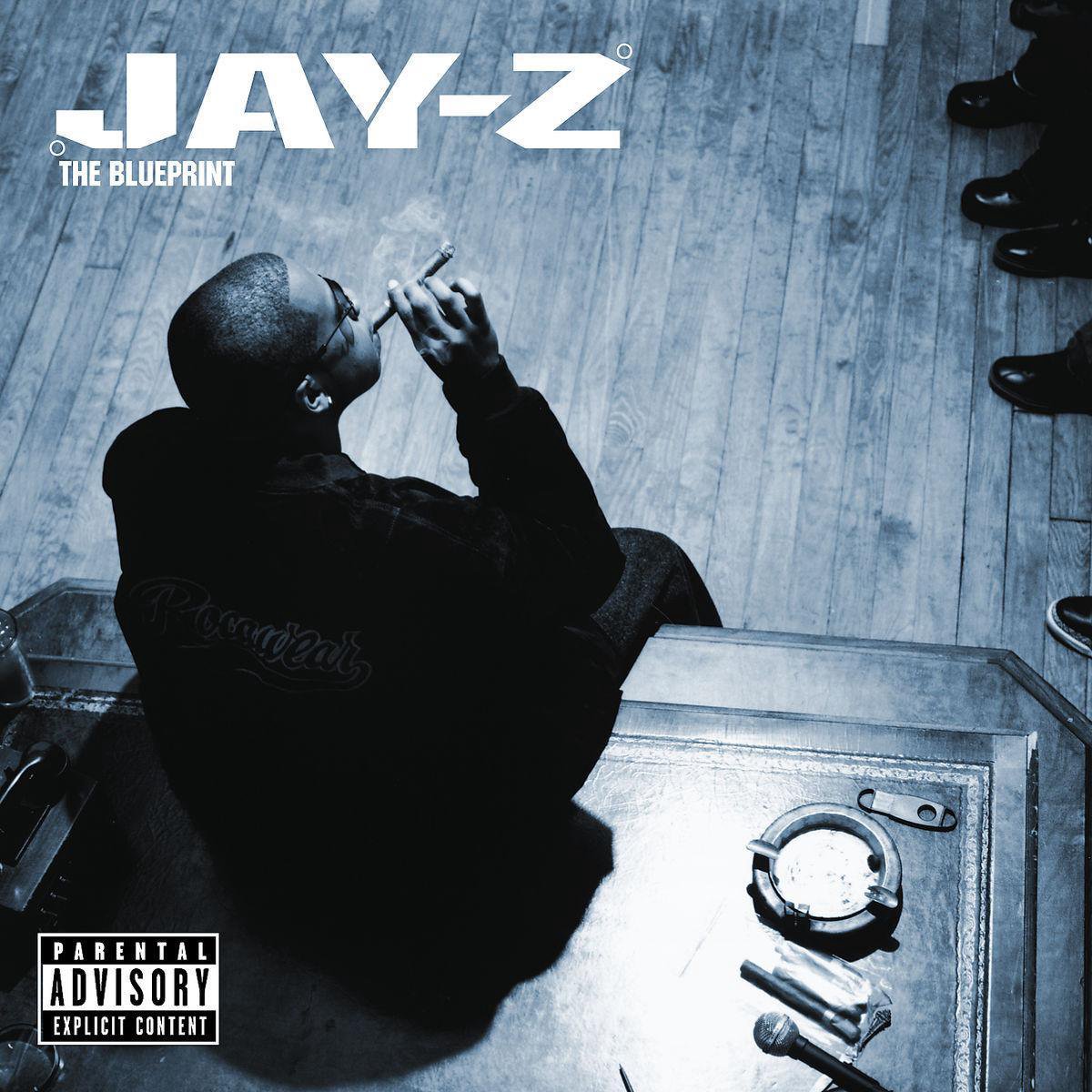 20 Years Ago: Jay-Z’s ‘The Blueprint’ Anniversary

“I’m far from being God/ but I work goddamn hard…”

September 11, 2001 is so imperative for many reasons. Yes, it was two days before my seventh birthday. More importantly, it’s the unforgettable day when we lost around 3,000 people as a result of the infamous Al-Qaeda terrorist attacks, but that’s not the topic of this piece. September 11, 2001 is also the day we were blessed with one of the greatest rap albums of all-time. The legendary body of work I’m referring to is Jay Z’s The Blueprint.

This is just an opinion from a 26-year old avid rap fan, so you’re more than welcome to disagree, even though it would be stupid of you to do so (kidding… not really).

“I’m representin’ for the seat where Rosa Parks sat, where Malcolm X was shot/ where Martin Luther was popped…”

When rap artists are on top of the game for an extended period of time, they need to find a way to reinvigorate their careers and Mr. Carter is one of the select few to successfully do so. As displayed on the album, Jigga’s razor-sharp lyrics assure listeners that he’s more refined and self-aware than ever in 2001. He’s fully embracing his role as the rap game’s Michael Jordan (something even he would later proclaim himself as on “Show Me What You Got” in 2006) and The Blueprint is his 1996 season. No longer content with being just a “great rapper,” here, we see the Brooklyn-native triumphantly shift the culture.

In all honesty, The Blueprint didn’t directly impact my love for music immediately. At the age of six and seven, I was more concerned with video games and sports opposed to music. As far as rap goes, I would only routinely listen to edited Hot Boys’ albums while spending time with my mom and whatever New York rappers were in my father’s CD rotation in his Benz every other weekend. Of course other rap artists such as Nelly, Outkast and Bow Wow caught my attention due to their radio singles being unavoidable, but they weren’t captivating enough to force me to ask one of my parents to purchase their albums. I didn’t find my love for music until 50 Cent’s Get Rich or Die Tryin’ dropped in 2003, then I would take it upon myself and use my own money to purchase Kanye West’s College Dropout the next year. Little did I know, Kanye’s mainstream introduction already occurred in 2001 as a producer on The Blueprint.

“If I’m not a hustler, what you call that?/ this is before rap/ this is all fact…”

Kanye West and Just Blaze produced seven of the thirteen (nine of fifteen including the “hidden” tracks) on Jay Z’s sixth studio album, which would firmly establish them as two of hip-hop’s greatest producers. West and Blaze are credited for commencing the shift of rap production towards a more sample-reliant sound, mainly consisting of soul music. Aside from three tracks, every cut on The Blueprint includes a vocal sample from a soul artist such as Al Green. The production on The Blueprint finds the perfect balance of soothing and vibrant which is a rare feat.

My favorite aspect of the album, however, is how Sean Carter approached it lyrically. This is where the fifty-one year old legend reached his peak with his way with words. Instead of hearing his intelligent, but gritty, mafioso rap that we were introduced to on his 1996 debut, Reasonable Doubt, we get the honest, “right here, right now” Jay Z (not his disappointing braggadocio rap he brought to us on Magna Carta Holy Grail). Jigga managed to address everything ranging from negative critics to his beef with other rap artists on this album in impressive fashion. What’s even more impressive is that Jay allegedly constructed the album’s lyrics in a mere two days.

“Don’t be the next contestant on that Summer Jam screen…”

The former Marcy Projects-resident was already having an intriguing year in 2001, to say the least, prior to the album’s release. On April 13, Jay Z would be arrested for gun possession which was only three days before he was due to face charges for a 1999 stabbing incident. Along with awaiting trials for these charges, Hov was in the midst of ongoing feuds with Queens’ rappers Nas and Mobb Deep’s Prodigy. At Hot 97’s Summer Jam, Jay debuted the first two verses of my favorite diss track and the first released song off The Blueprint, “Takeover.” Preceding Drake’s meme-infested, Meek Mill-directed, screen at OVO Fest in 2015, there was the 2001 Summer Jam screen. For all of you unfamiliar with this moment, Jigga infamously unveiled several photos of a young Prodigy dressed in some questionable clothes from his dancing days for all of Summer Jam’s attendees to witness. Other than the final line in the second verse, there was no reference of Nas during Jay’s first performance of “Takeover,” but that was because he reportedly finished his Nas-dedicated, thirty-two-bar verse right after Summer Jam.

Jay’s beef with Nas seemed to be on the horizon dating back to the Nas-sampled, “Dead Presidents II,” but “Takeover” would be the first time it was acknowledged directly. Jay Z constructed the track’s third verse to completely ridicule Nas’ rap career and questioned his background legitimacy outside of music. Hov proceeded to make statements such as Nas’ bodyguard (who was actually just his homie) having a better verse on “Oochie Wally” and how the Queens rapper fell out of everyone’s “top ten” lists. What’s most significant about this The Blueprint cut is the last line where Jigga indirectly referenced his affair with the mother of Nas’ first child. “Takeover” eventually brought Nas back to prominence due to the following release of his response track, “Ether” and his fifth studio album, Stillmatic.

“I can’t see ’em coming down my eyes, so I gotta make the song cry…”

Aside from “Takeover,” the only song the general audience would hear prior to the album’s release was “Izzo (H.O.V.A.).” Serving as the leading single for The Blueprint, the Kanye West-produced cut eventually peaked at number eight on the Hot 100, granting Hova one of his most popular singles to date. In spite of sharing the release date with the 9/11 attacks, The Blueprint pushed over 420,000 units in it’s opening week. Coinciding with such a tragic release date, but miraculously selling such an incredible amount of copies off the support of only one actual album single just proves Jay’s significance and what regard his music is held to by the world.

Subsequent to the album’s release, Jay Z graced the radio airwaves with a trio of singles. “Girls, Girls, Girls” which features vocals from rap legends, Q-Tip, Slick Rick and Biz Markie, is one of the few favored tracks between casual rap fans and hip-hop purists alike when discussing Jay Z and for good reason. He manages to please all crowds by blending his creative lyrical ability with his wittiness while acknowledging the plethora of females the rapper handles. While “Jigga That N*gga” is nothing short of spectacular, I feel “Song Cry” is the other single which needs to be discussed. Filled with sincere, sometimes even heart-wrenching, lyrics and nostalgic moments (“I was just f*cking them girls, I was goin’ get right back” still echoes in my head), “Song Cry” paints an image of a vulnerable Sean Carter better than Nas or any other opposing rapper ever could. Every male who’s been in a relationship agrees that this is one of the more sympathetic songs since music first came into existence.

“Youngins ice-grilling me/ Oh, you not feeling me? Fine/ It costs you nothing; pay me no mind…”

The Blueprint immediately received critical acclaim from nearly every magazine. It would rank highly on “Albums of the Year” lists in 2001, as well as eventually finding great success on lists such as “Greatest Albums of All Time” and “Best Albums of the Decade.” Even the most objective rap fans acknowledged that the genre fully-belonged to Jay Z after he released such a cohesive project that varied in subject matter.

What exactly does The Blueprint mean to me? Nothing besides the fact it’s the first project that I memorized all of the lyrics to and I recently purchased a twenty by twenty-four inch painting of the album’s cover art. The Blueprint is, in my opinion, the best rap project in the genre’s history because of the simplicity involved in creating it; each track is a different Jay Z emotion which ensures the project maintains stability. It may not be as sentimental as Drake’s Take Care, experimental as Kanye’s 808s & Heartbreak or even as street as Jeezy’s Thug Motivation: 101, but it invokes feeling just as well as every one of those tend to do.