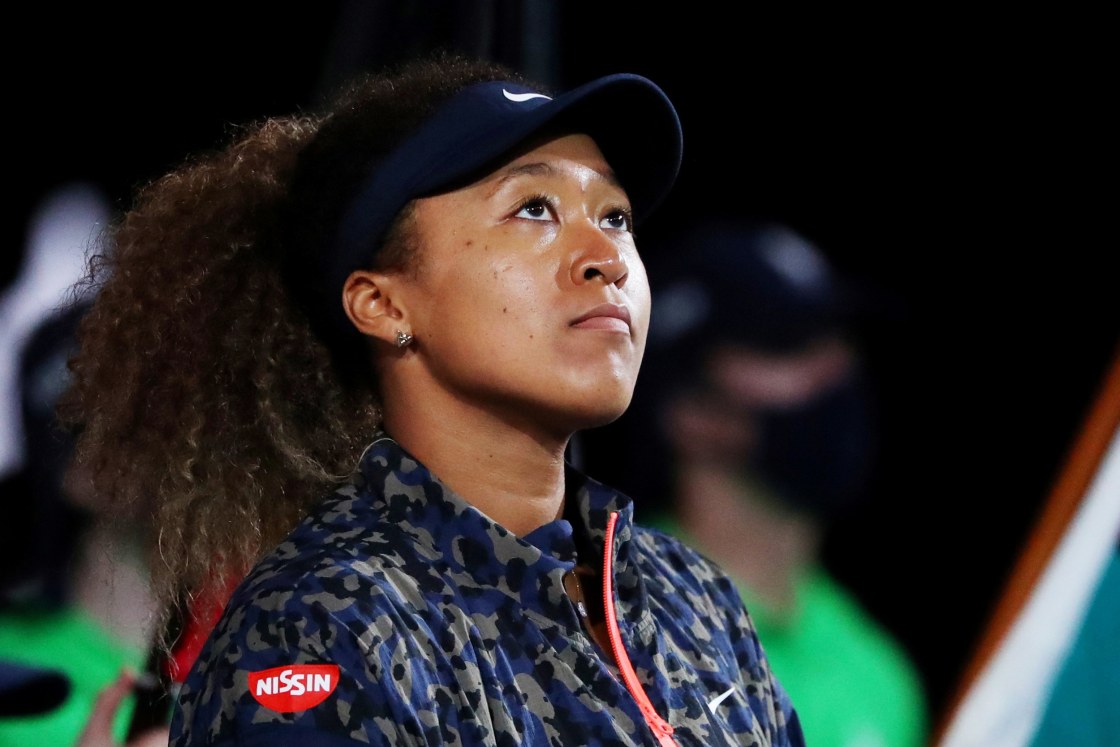 Naomi Osaka’s abrupt departure from the French Open sparked a conversation about mental health for athletes, and perhaps the changing of the guard in professional sports. Her exit from the tournament came after declining to speak to media at press conferences, citing her mental health and anxiety from public speaking as her reasoning. Shortly after being threatened with suspension and disqualification by the Grand Slams for skipping out on media, the tennis star announced on Instagram that she needed to take some time away from competing to nurture her well-being.

“I never wanted to be a distraction and I accept that my timing was not ideal and my message could have been clearer,” she wrote in a post. “More importantly I would never trivialize mental health or use the term lightly. The truth is that I have suffered long bouts of depression since the US Open in 2018 and I have had a really hard time coping with that. I’m gonna take some time away from the court now, but when the time is right I really want to work with the Tour to discuss ways we can make things better for the players, press and fans,” she said ending her statement.

In addition to the French Open, Osaka also withdrew from the Berlin and Wimbledon tournaments to take some personal time off with friends and family before playing in front of her home fans in the Tokyo Olympics. Like others in her field, the Japan native has shaken up the sports world in her budding career, doing something that many will never experience.

Athletes more than ever are putting their beliefs and well-being before their respective sport. WNBA Player Liz Cambage withdrew from the Tokyo Olympics citing her mental health struggles and anxiety as the cause. Olympic sprinter Noah Lyles, a vocal advocate for mental health, has been candid about taking anti-depressants and seeing a sports and personal therapist. Olympic gold medal swimmer Simone Manuel spoke openly about taking a break from her sport after being diagnosed with overtraining syndrome this year, as she also suffers from depression, anxiety and insomnia. But it was gymnastics superstar Simone Biles who recently faced the dilemma of choosing to put her well-being first or continuing to compete on the world’s biggest sports stage.

In the midst of preparing for the USA women’s gymnastics team final at the Tokyo Olympics, Biles decided to withdraw from the competition. She later explained to reporters that she was not in a good head space during a routine and she had no idea where she was in the air – revealing that she was “having a little bit of the twisties.” Biles’ post-competition comments clarified her decision on why she chose to withdraw, which ultimately came down to prioritizing both her physical and emotional health. “I have to put my pride aside,” she said. “I have to do what’s right for me and focus on my mental health and not jeopardize my health and well-being. That’s why I decided to take a step back.”

Since then, Biles has also withdrawn from the all-around finals and two individual competitions with some critics calling her a “quitter” for not competing for USA Gymnastics. She later responded to the backlash on her Instagram stories where she further explained what happened to her that cautioned her to back out of the Games. “For anyone saying I quit, I didn’t quit. My mind & body are simply not in sync,” she wrote. “I’ve had plenty of bad performances throughout my career and finished the competition. I simply got so lost my safety was at risk as well as a team medal. Therefore the girls stepped up and killed the rest of the competition & won silver. [Heart emoji] QUEENS!!!!”

In spite of the criticism, Biles has still received an outpouring of love and support from fans, celebrities and other professional athletes for her decision, making her the latest athlete to lead the charge when it comes to mental wellness.

I can't imagine the pressure Simone has been feeling. Sending her SO much love. It easy to forget she's still human. WE LOVE YOU.

I stand with Simone Biles…a black woman having the agency to no longer participate in a system that jeopardizes her mental and/or physical health is a revolutionary act!! #SimoneBiles #notallheroswearcapes

It takes the strength, power and bravery of a CHAMPION to put your health first. @Simone_Biles, we love you. Thank you ❤️ pic.twitter.com/wp6CJE4a4o

In order to advance the conversation around mental health in sports, professional leagues and organizations have to promote it as much as they do their players. They have to change their infrastructure to accommodate athletes’ needs and realize that they should come first. Athletes may not be aware that they’re challenging the system right now, but that’s exactly why their voices and pushback are needed – to help spark change.

Vulnerability amongst athletes today is new and empowering, and yet still considered a microcosm of today’s society. This generation is a lot more vocal and forward about speaking on their personal challenges and successes, and it’s something that should be admired, not criticized. This is a matter of humans understanding that athletes are humans as well, not automated beings like robots. They have real issues to deal with outside of playing in front of millions of fans on a daily basis, which is why this generation of athletes is beginning to take a stronger stand for what’s right in the fight for mental health awareness.

Like Loading...
In this article:athletes, empowerment, mental health, Naomi Osaka, Olympics, Simone Biles, Sports, wellness, Women in sports
Up Next: