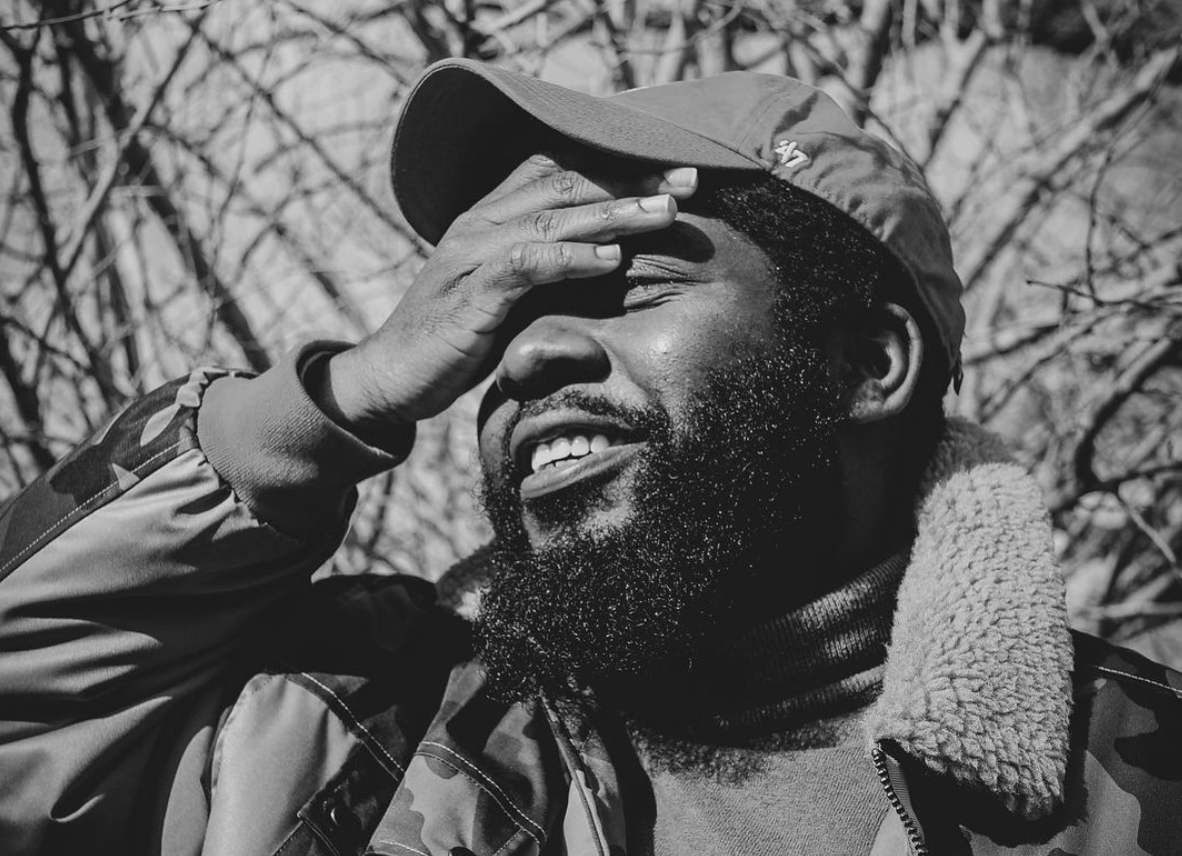 Music has been a saving grace throughout the COVID-19 pandemic for artists and their listeners. During a time of obscurity, connecting to lyrics is a reliable form of self-reflection. Aware of this role that music plays in life, rapper SHDW’s pen bleeds with self-awareness of his own experiences and lends empathy to his audience who share similar stories.

The stage name SHDW is a double entendre that’s short for “shadow” and also an acronym that stands for “short, heavy, dark and wise.” Adolescence for the Baltimore native was a challenging time as he was bullied, which had an impact his mental health. But as he grew older, his perception of his circumstances shifted into self-acceptance, magnifying his definition of what a shadow really is.

“Those are the things that shaped me and kind of made me who I am,” SHDW tells The 4th Quarter. “Sometimes it’s an obstacle that I’m looking at and it’s in front of me and I gotta get through it. Other times, it’s the thing that’s behind me and is pushing me and is there as I’m going forward, but it never actually leaves me. So, that’s why I chose that. It’s kind of indicative of why I turn to music to begin with.”

Throughout most of SHDW’s life, music has always been his way of unplugging from himself and the world around him. This intrinsic nature of his deepened even further when he became sick at the end of February last year. While he initially hoped to release a feel-good project in 2020, his health made him slip into a depressive state of mind, through which his album Summer in the SHDWs was born. Summer in the SHDWs has two sides to it – one where SHDW’s emotions are heavy (“Looking Glass” and “Left (Right)”) and another side where he’s fighting to be in a better mindset (“Price of Admission” and “Big Up”). Nonetheless, the bigger picture for SHDW was that he felt he was “in the abyss.”

With the insight of once being a theater kid and drawing inspiration from his favorite shows, SHDW is no stranger to finding parallels between art and reality. He’s learned how to use his voice for those who may not know how to express their inner feelings and challenges that they’re experiencing. Summer in the SHDWs is SHDW’s form of “offering something to the world that could save somebody.”

“There’s a lot of people in the world that don’t necessarily have an outlet where they can let stuff out or creativity isn’t there,” SHDW says. “I want to put that emotion into a song or whatever I’m writing. Just so that other people can feel like, ‘Hey, even though I may feel alone, I’m not doing this by myself. I’m not the only person that’s experiencing this at this particular time.’ That’s really the driving force behind [my music].”

The themes of perseverance and recovery were at the center of the making of Summer in the SHDWs. The album’s release is a testament SHDW’s beliefs, in which he says “it’s never too late to take back control of what’s yours and your life is yours.”

“It’s interesting that it took all of that health stuff to really drastically change what I wanted to do, but this is the first body of music that I’ve created that I’m proud of,” SHDW concludea. “I guess everything happens for a reason I suppose.”

Summer in the SHDWs is available now on all streaming platforms.

Like Loading...
In this article:album, baltimore artist, baltimore rapper, Music, SHDW, Summer in the SHDWs
Up Next: