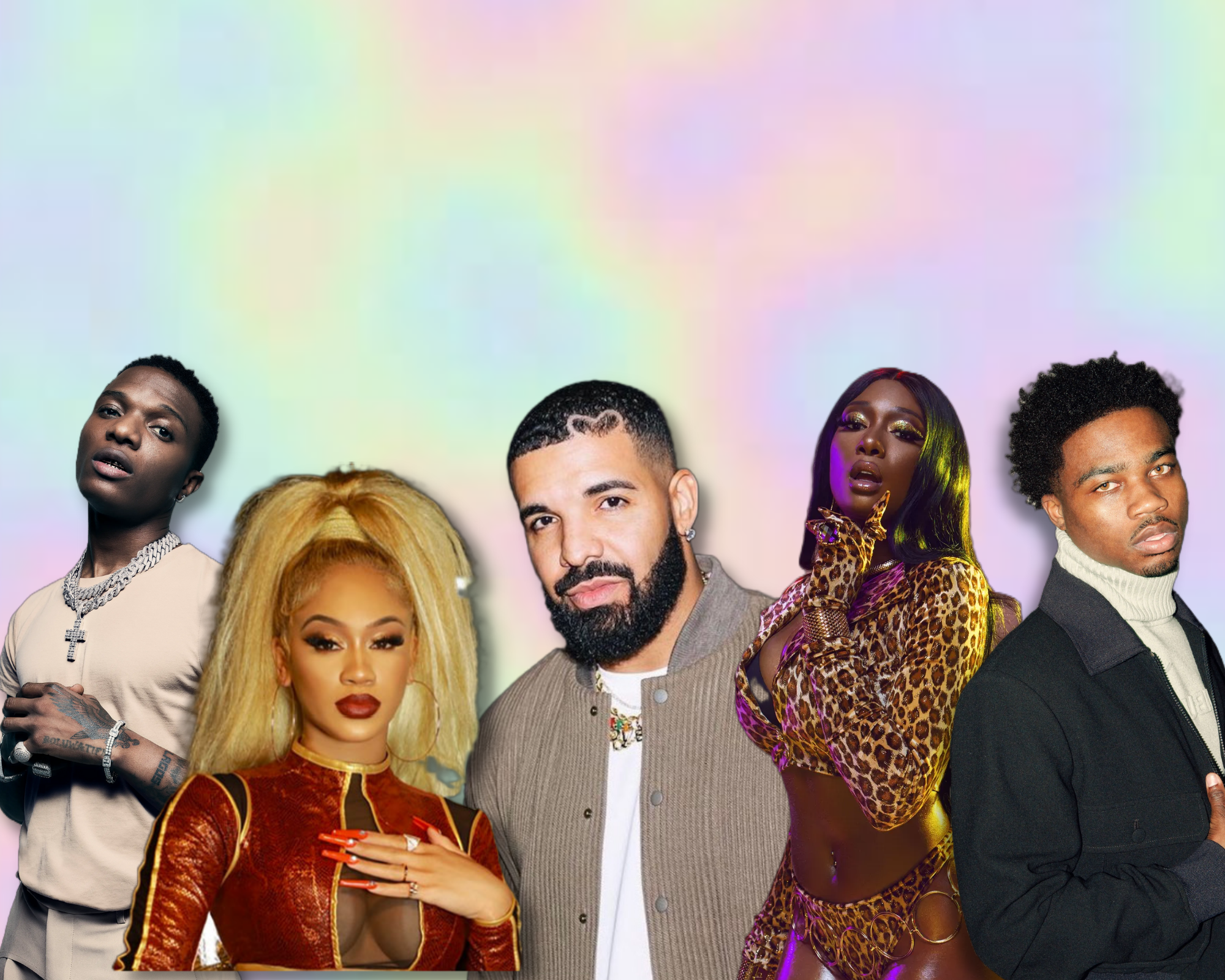 Outside is back open and summer is officially here, which means it’s time to decide which anthem we’re riding out to for the next few months. In a post-pandemic world, a lot of us are looking forward to finally hearing that number-one track drop in the day party and knowing which song has the stamp of approval to really get the function started. Every year there’s a battle to see which hit single is worthy of being crowned the “song of the summer” and this year is no different. Whether it’s based on traction, high expectations for what could be or what’s currently trending on social media (i.e. TikTok), the summer anthem is an esteemed title for any artist to hold. So the only question left to ask is, who gets to rule the summer this year?

Ngozi Nwanji, Lennie Johnson III and I pooled our thoughts together and ranked all the songs with potential to be considered 2021’s song of the summer. Check out our hot takes below:

For “Best Friend” to have released at the top of the year, it had an early head start on claiming song of the summer status. The club-ready track channels California’s sunny energy to deliver the ultimate girl power anthem just for the ladies. Saweetie and Doja Cat’s song is perfect for gassing up the girls and getting them hype – making it a flawless recipe for a summer hit.

Megan took her brief hiatus from social media, but only because she knew she was coming back with some heat for the summer. The Houston hottie never fails to deliver a hit single, especially for her claimed season, and “Thot Shit” is carrying on that tradition. The best way to secure a summer anthem is to have a fire beat, a catchy hook and a dope video to help people channel that same energy, and Megan’s new single accomplishes all three of these tiers. On top of that, the song is already picking up steam on TikTok so it’s safe to say it’s not going anywhere anytime soon.

Wizkid’s Made in Lagos was released in October 2020 and its track list has yet to lose its replay value from start to finish. Despite the timing of the album’s release, it continues to age like fine wine and we’re running it back this summer, especially as “Essence” is taking over outside’s functions. With Wizkid’s mastering of making feel-good records and Tems’ alluring tone fueling the infectious hook, it’s a track that won’t lose its steam anytime soon.

At this point, I need the full Roddy Ricch and Mustard mixtape. From their brilliance, we have received must-play, pseudo-song of the summer tracks such as “Ballin'” and “High Fashion,” and now the latest addition to their hit list is “Late At Night.” Roddy deploys his usual west coast debonair to harmoniously curate a summertime banger. With easily recitable lyrics, I cannot judge anyone that sings “Late At Night” off key and inebriated — since that was definitely me last weekend.

You can always count on Justin Bieber to sneak in a potential hit when it’s needed most. Though “Peaches” dropped sometime back in March, the level of traction it’s gotten from radio play still gives it a slight chance to get put into the regular summer rotation. Assistance from Giveon and Daniel Caesar seem like an unusual pairing with Bieber, but somehow all three make it work for a smooth song that’s easy to spin repeatedly– in the club, in the car and even the kickback.

Isaiah Rashad has finally returned from his nearly five-year hiatus and came out the gate swinging with his newfound Memphis-bred collaborator. Ahead of his forthcoming studio album, the TDE rapper dropped a chill turn up track just in time for our safer summer vibes. The banging bass and killer Three 6 Mafia sample easily make “Lay Wit Ya” the perfect song to loop in the whip. Rashad is currently on a lowkey campaign trail in preps for his album, but out of everything we’ve heard from him so far, this fresh single was perfectly made to get the vibes going this summer.

As he has recently been enlisted for the 2021 XXL Freshman class, Blxst’s career is picking up speed along with his banger, “Chosen.” Its features of Ty Dolla $ign and Tyga make it an LA anthem, but it has the potential to fully crossover to the rest of the country too. Whether it be a kickback or a day party, “Chosen” is a perfect choice as it’s a fun record to set the tone and get things popping.

Fayetteville, NC native Morra, sinks bar after bar into “Quicksand.” Initially enamored with the slick hook, I neglected the medley of flows and poignant storytelling in the verse. Recently stamped as certified gold by the RIAA, this track is clearly garnering adequate support from fans, including J. Cole who recruited Morray as a special guest for The Off-Season tour this fall. Morray possesses the attributes to become a mainstay in Hip-Hop, and the transition from benchwarmer to starter is likely to occur this summer.

Bruno Mars and Anderson .Paak unearthed the godly sounds of 70s funk to create their new dynamic supergroup this year. Ever since their first single dropped, fans have been impatiently waiting for a follow-up song or album to arrive. Their No. 1 chart-topper is still getting heavy praise even as we move into the summer but does it have the potential to last through the season? Some of its other competition may be holding us down instead, but “Leave The Door Open” is still not a track to sleep on.

OVO Sounds own is poised to breakthrough with “Touch You” this year. Inspired by bouncy drums and a plush sample, Roy Woods utilizes his dense, velvety voice to depict a vibrant summer — one we all deserve. “Touch You” is palatable and supple, making it an excellent addition to the cookout playlist. Regardless of where you decide to listen it, a vibe will ensue, proving that Roy Woods does indeed “got one.”

Bree Runway is a futuristic artist, so it’s no surprise that her latest single “HOT HOT” is the definition of a sleeper hit. The track was an early contender as it dropped before summer officially began, but it may have gotten lost in the wave of new music. Fortunately, a wider audience is finally catching up to Runway’s artistic vision and there’s still time for it to make its way as one of the songs of the summer. “HOT HOT” needs to be added to your pre-game playlists and blasted in your whips with the windows down.

The countdown to the release of Certified Lover Boy has come and gone sadly, but fans are still holding onto hope that Drake’s next album is close on the horizon. If the rumors that it’ll arrive before the end of summer are true, then there’s no doubt that his next single to help promote the album will surely be a hit that will not escape us this summer. If “What’s Next” arrived a little later, we’d still be running it into the ground, but for now we’ll just have to wait to see what The Boy’s next move will be.

Like Loading...
In this article:2021, Music, singles, song of the summer, summer anthem, summer songs
Up Next: