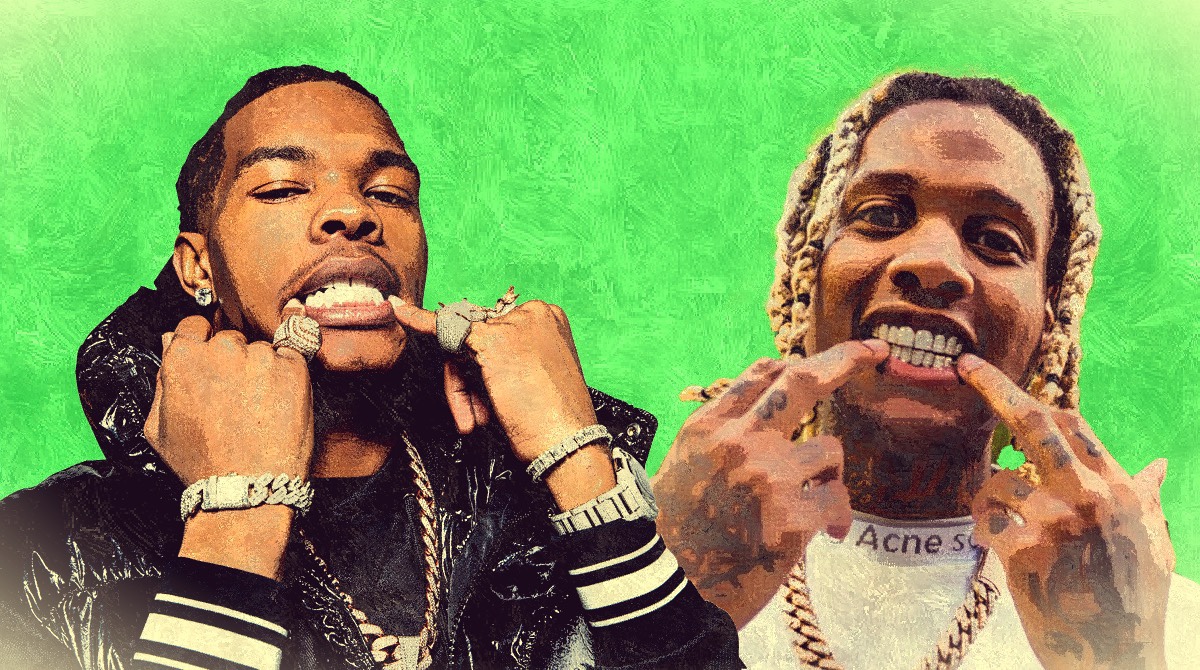 The highly anticipated joint project by Lil Durk and Lil Baby is finally here. The Voice of the Heroes features two of the hottest names in rap going crazy for 18 tracks. In honor of the project’s release, let’s dive into both artists’ discography and rank their best feature performances.

There are two sides to Lil Durk sonically — melodic and that brash, aggressive flow we were introduced to in the early stages of the Chicago drill movement. Shades of the latter can be heard on this energetic Uzi track.

Lil Durk and G Herbo have been locked in for years, as two of the drill music pioneers. They’ve delivered several solid collaborations, and “Party in Heaven” is one of the most complete in recent memory. Durk had a strong verse and really shined on the hook.

Favorite Line: “The having a gangsta party in heaven, I wish they’d let us in”

While Durk didn’t have a long verse for this song, his performance on the hook only enhanced the effort as a whole. The melodic Durk stimulus package is very much underrated.

This is the most recent Durk feature to make the list. Anytime Durk and Baby hop on a track together, you know it’s going to be a banger. They seem to bring out the best in one another and this song is no exception — Durk floated.

Favorite Line: “I’d rather f*** her and pay up her rent for a year just to get out her feelings”

This track is easily one of the biggest standouts from Calboy’s Wildboy project. Calboy has drawn some comparisons to Lil Durk in the past, and listening to this track, it’s not at all hard to see why.

Favorite Line: “You’d rather buy the b**** a bag/I’d rather give a new house to my mom”

“Moonwalkin” is one of my favorite cuts from Please Excuse Me for Being Antisocial. On the hook, Roddy references Michael Jackson’s famous moonwalk. Well, that’s exactly what Lil Durk did for his verse.

Favorite Line: “You bringing your friend, making me proud”

Man, Durk was definitely in his bag when he recorded this verse. “Laugh Now Cry Later” is a boastful track where both Durk and Drake put the opposition on notice. Durk even took a shot at the industry rappers who aren’t who they portray to be. Down to the instrumentation, this song is triumphant.

Favorite Line: “Can you not play that lil boy in the club cause we do not listen to rats”

Pooh Shiesty really got one of them ones with “Back in Blood.” Durk matched Pooh’s intensity in his verse. The track is still jamming in the streets and it serves as the ultimate get-back anthem.

Favorite Line: “You can’t come back to your hood, huh?”

The chemistry that Durk had with King Von was apparent and unfortunately, we won’t get another collab from the Chicago MCs. They trade bars over the bass-knocking Mac Fly beat. Durk’s melodies have been his calling card of late, but he snapped on this one.

Favorite Line: “They be talking from the internet, they don’t be outside”

Meek definitely did his thing on “Pain Away,” but Durk stole the show. Throughout his career, he’s been widely recognized as one of the more authentic and believable rappers in the game. He gets vulnerable on this track and it meshed perfectly with the song.

Favorite Line: “I praise the trenches like I ain’t lose none of my n****s in it”

“I Remember” is still one of Quando Rondo’s most recognizable tracks and Lil Baby’s presence on the record makes it even more memorable. When it dropped, they had the streets on fire.

Favorite Line: “Fell in love with money, it’s gon’ stay with me regardless”

Young Thug’s So Much Fun was one of the most enjoyable rap projects of 2019, featuring several bangers including the Lil Baby-assisted “Bad Bad Bad.” I don’t think this Atlanta duo can miss.

Favorite Line: “Different color Diors on my feet, I couldn’t decide which”

One of the more memorable moments from Polo G’s The GOAT, “Be Something” features Lil Baby flowing effortlessly, keeping pace with the rising rap star out of Chicago.

“Finesse Out the Gang Way” is a certified banger — yet another example of two of the streets’ hottest rappers striking gold on a track together.

Favorite Line: “I’m rocking clothes I can’t even pronounce/F*** the pandemic, I love me a drought”

This song blew up pretty quick, as Rod Wave and Baby are both immensely popular among the younger generation of music listeners. Baby lets us in on his own personal rags to riches story.

Favorite Line: “Die in these streets or get saved by the system/Or get you some millions, my lifestyle is vicious”

Yo Gotti has long been one of the most respected name in the streets. Lil Baby is arguably the hottest rapper out right now. “Put A Date On It” did well commercially and it’s largely because Baby graced the track with a verse.

This surprise verse on 21 Savage’s i am > i was album was more than we bargained for. While 21 Savage, Gunna and Baby each held their own, Baby’s verse stood tall as the best on the track.

In his verse, Baby proclaimed that he was in the Top 5 and he may have been selling himself short. His performance on this track was nothing short of masterful. His flow over slowed-down beats is not talked about enough.

Favorite Line: “Bust down both of my wrists/At 11:11 make both us some riches”

“Sold Out Dates,” is still the greatest rock and roll song of all-time. Both Gunna and Baby showed out, but the latter shined the brightest. There’s also a strong case for “Sold Out Dates” to take the No. 1 spot.

Favorite Line: “I got on two watches, I still come in late.”

When Drake taps you for a featured verse on his track, you best be up for the challenge. Lil Baby was ready, showing up and showing out. He snapped from start to finish and I don’t think he ever took a breath while recording his verse.

Favorite Line: “I can’t let ’em down, walk around with my guard up”