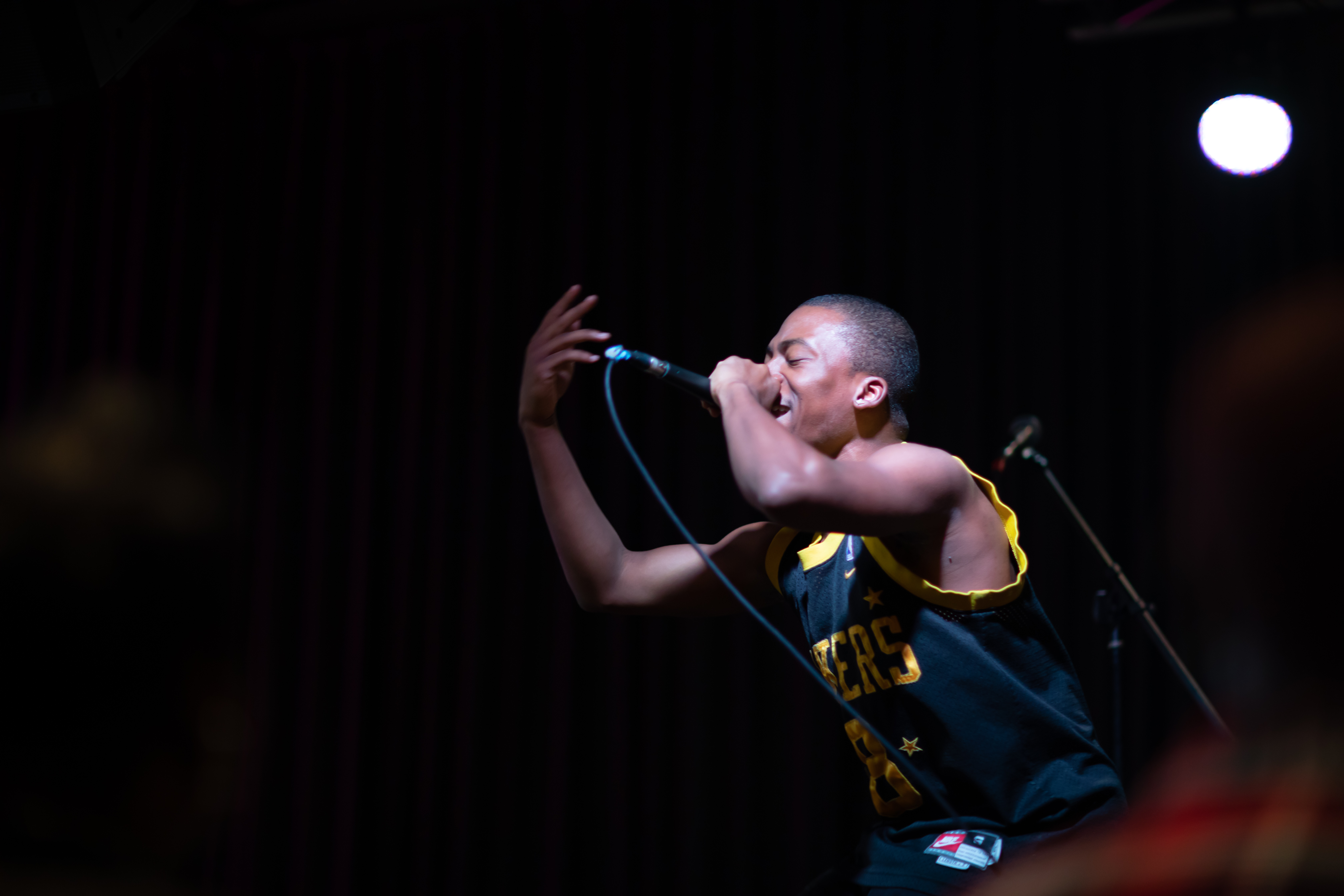 Before he became Summer Solow, Ryan Wise was an 18-year-old college student at Morgan State University trying to get his voice heard.

August 2015, in a fully packed atrium at Morgan State University’s Student Center, an 18-year-old from Prince George’s County named Ryan Wise performed in the school’s Freshman Orientation talent show. It was one of the first live performances of the teenager’s budding career as he was still learning the ropes. He was a nervous wreck, doubting himself that could pull it off, but Wise’s performance was electric. His classmates turned spectators were in awe of the artist’s lyricism and stage presence. It was at that moment that one thing became very clear to both Wise and his classmates – being a musician was his calling.

Even while cultivating his own style, Wise drew heavily from musical influences like T-Pain, Kendrick Lamar, J.Cole, 50 Cent, Lil Wayne, Outkast (Andre 3000), Frank Ocean, Baby Rose, 1975 and Cigarettes After Sex. Wise, who now goes by his stage name Summer Solow, is making a name for himself in the DMV Hip-Hop scene. Since his Morgan performance, the PG native has been grinding nonstop dropping singles, mixtapes, music videos and even creating his own clothing line, Illustrious Blend.

I had the chance to speak with him about his passion for music, upcoming plans and why his style is more unique compared to other artists.

What got you into recording music, and why did you want to pursue this full-time?

I wanted to pursue this full-time because it was always a passion of mine. I love writing. I used to have so much fun doing that, so sometimes I actually write my own raps. I’ll be at home or in school writing stuff during class when the teachers teaching or at home when I don’t have anything to do when I’m just like writing raps, random things, but I always felt that I was a good writer. Even from English and writing classes that I have, I always felt like I was a very good writer [so] why not take it into a music aspect. It just correlated perfectly like writing and music, the master of engineering and recording, everything was in my nature. It was second nature already so it was perfect for me, a perfect blend.

Are you trying to differentiate from this new wave that Hip-Hop is having currently?

I’ll say the difference between me is I pride myself more on soul and lyricism. So when a song that’s pop-rap [comes] from me you’ll hear more of the soul aspect. You’ll hear sounds of a little funk or songs of a little blues or maybe a little jazz inside of it, so its more melodic. Those are more so [based] on like mainstream Hip-Hop/Trap-like sounds, but more so in the pop aspect.

As a singer, you’re feeling the emotion of the song like you can feel the lyrics and the story. You can feel how it’s playing out and how it gets to the chorus and the hooks and bridges. That’s what I pride myself on, calling my music soul art, because art is basically any creative form of expression you put out there and soul is anything that you feel inside. It’s your essence and I put both of those together and make soul art.

Do you have any pet peeves as an artist?

You’re only seeing people inside a box they want you to see. They want you to see how flashy they are, how they’re buying cars, the jewelry or how much music is being played here and there, but you’re not seeing anything else from the outside. I feel like more people should focus on the actual content and stop focusing on their following. We don’t listen to people because of how many people are listening to them, we listen to people because of how [good] their music is and how much it relates to them.

You have a new clothing brand called Illustrious Blend. Can you tell me more about it?

So Illustrious Blend is another thing [like] my music, it’s just straight soul. I want to put more soul and art into the world. The first collection I’m dropping is hoodies, socks, beanies and hats because it’s still cool so it’s perfect for the spring. So on our white hoodies it’s a Black [woman] and she’s basically skating on top of a margarita. So the explanation with that is Black people I feel like we are royalty and we all should feel royal, like kings and queens. We should be more dominant and assertive and proud of our culture. So the Black girl skating on the margarita [means] she’s basically having fun and in her element. You’re vibing and acting as the queen you are. You’re beautiful and you’re Black staying in your element.

What has kept you motivated during this pandemic?

It’s definitely been tough with the pandemic and everything going on, people getting COVID and dying. I feel for people so I strive to do the best that I can to help them out in their situation. My whole motivation is to help people in general, being a caregiver, looking out for my nieces and brother even though [he’s] older than me. I still look out for him anything I can do and for my mom as well since she’s a single parent. Everything that I do I always been a caregiver for people and I want to look out for people with my music.

What is your dream collaboration?

My dream collab is [getting] Drake and Miguel on a hook in some sort of way. I want to be on a verse, I want to have Childish Gambino on a verse and that’s it. It’ll be titled, “Just Another Rap Song (J.A.R.S).”

Any new music coming out this year?

I would say I’m working on a mixtape now. I don’t have a name for it so I’ll just say it’s untitled right now. I want to put ten songs on it, and some of the songs I already have out are on major platforms like “Make Me Feel Alive,” “Find Your Wings,” “Tattoo Love” and “Hidden Gems.” “Hidden Gems” is my latest release and that song is more so like pop-rap.

I can’t put too much emphasis into that so I’ll say its right in the middle as I said before I like to be very versatile like Drake. I like to stick to one genre like Hip-Hop, R&B, Pop, Rock, and sometimes I like to [throw] some Country flavor in it.