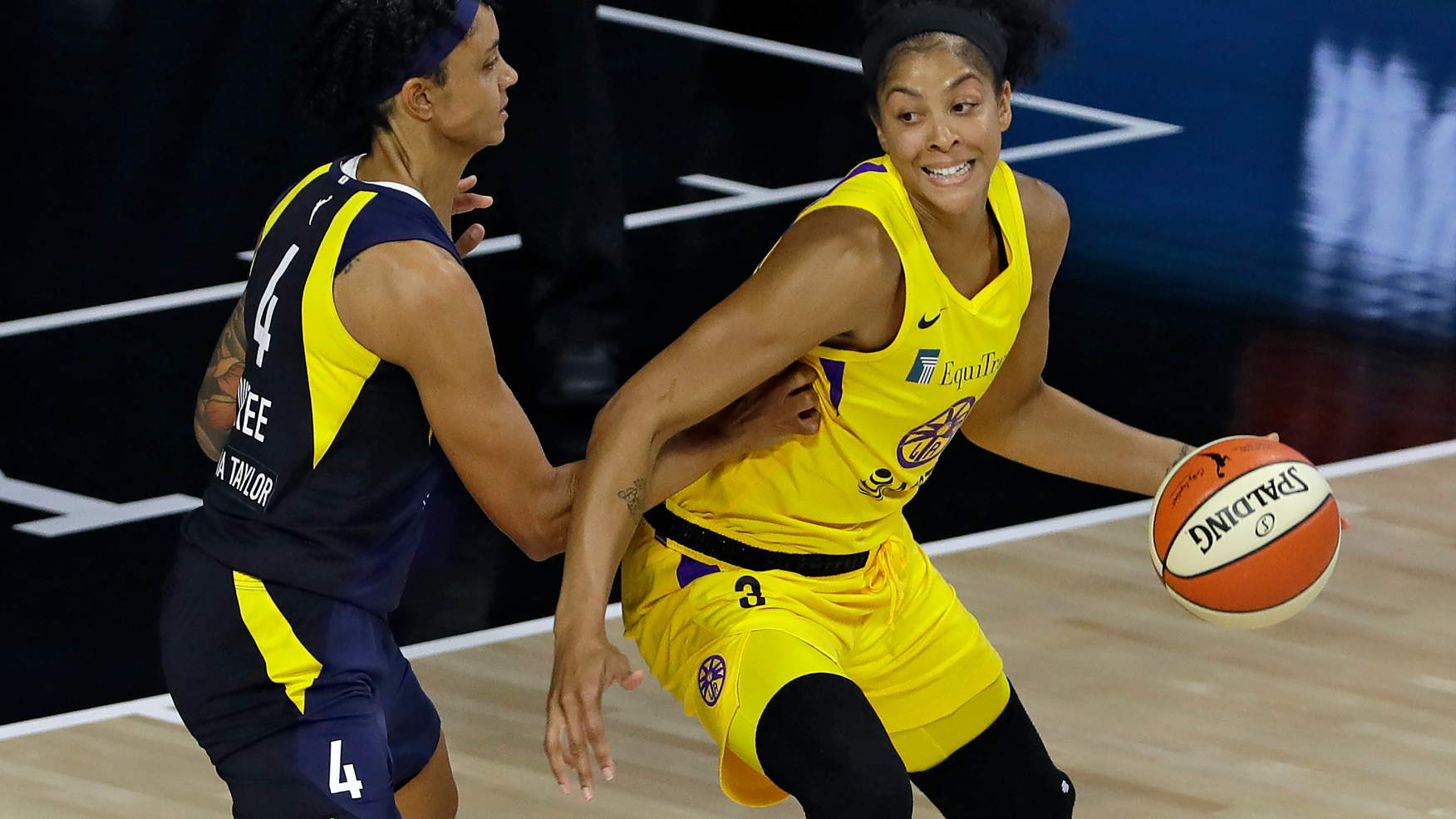 Ahead of the 25th season’s tip-off, we take a look at how far the WNBA has come.

Last month, the WNBA ushered in a new generation of stars in a virtual draft. The league’s No. 1 overall pick, Charli Collier, heard her name called by Commissioner Cathy Engelbert to be apart of the Dallas Wings. “It still feels unreal,” Collier said during an interview about the milestone. “It just hasn’t hit home yet to be number one overall. It’s amazing and it’s a blessing for sure.”

Collier’s “drip” was the topic of discussion that night, as she was sporting a dress made by fashion designer Sergio Hudson, who made headlines earlier this year when he dressed former First Lady Michelle Obama for President Joe Biden’s inauguration. Definitely fitting for the No. 1 overall pick. Other names called that night were Aari McDonald, Chelsea Dungee, Kysre Gondrezick, Michaela Onyenwere and DiDi Richards – all of which had stellar performances in the women’s NCAA tournament a month prior.

It was a quick turn around for these ladies, transitioning from college then seeing their dreams unfold so quickly whilst making history being the draft class of the WNBA’s 25th season. The league kicked off its inaugural season on June 21, 1997 with its “We Got Next” campaign, whose faces would be current hall of famers Lisa Leslie, Rebecca Lobo and Sheryl Swoopes.

But the WNBA was not able to support itself alone. During the mid-2000s, the NBA spent millions of dollars per year to keep the WNBA financially stable due to a lack of viewership for games. Since then, the league has begun to do better financially, and in December 2010, the league had its first-ever “cash flow positive” team. In addition to this, the WNBA has also signed extended television contracts with ESPN and sponsorship agreements with brands like Boost Mobile, FanDuel, MGM Resorts, PayPal and, more.

With changes in revenue and increased exposure in 2010, the league mastered a much-needed rebrand to set up what was to come three years later – the 2013 draft. That year’s draft became a staple in the WNBA that introduced stars like Brittney Griner, Elena Delle Donne and Skylar Diggins-Smith as the top three picks. This draft was the first to be televised in primetime on ESPN. Griner, Delle Donne and Diggins-Smith were all labeled “The 3 To See,” and the arrival of other highly-touted rookies plus new rule changes effectively marked the end of an era for the WNBA and the ushering in of another.

Though the league seemed to be moving in the right direction financially, there were still question marks surrounding the player’s salaries. A player with six-plus years in the league made a maximum $101,000 a year while rookies made a minimum $35,000. In order to sustain a comfortable lifestyle, players would take their talents overseas to play professionally during the WNBA off-season. Since 2020, the maximum and minimum salaries has increased and less players are taking overseas gigs.

Players are also benefiting from individual brand partnerships and second careers. In the off-season, Los Angeles Sparks player Chiney Ogwumike serves as an analyst on ESPN, while Chicago Sky’s superstar vet Candace Parker has become a popular voice on NBA on TNT. Additionally, players are getting endorsement deals for skin care and hair care brand, energy drinks and other sportswear giants like Nike, adidas and Puma.

What’s to be commended about the WNBA in recent years is their activism and desire to fight for equality. The players main focuses have become the inequalities between men’s and women’s sports. Many players such as Brittney Grinner, Breanna Stewart and Maya Moore have all spoken up about gender, sexual orientation and racial inequality. The players have also supported the Black Lives Matter movement and others which became evident during the 2020 season.

In February of this year, former player Renee Montgomery was part of a three-member investor group that was approved to purchase the Atlanta Dream, something that couldn’t have been possible without LeBron James and his More Than A Vote campaign. James and his organization, which Montgomery credited, was what connected her to the right people to make her dream of transitioning from the team’s star player to the team’s owner come true.

The ownership change came after former owner and Republican Senator Kelly Loeffler angered WNBA players with her opposition to the league’s racial justice initiatives last summer. That ultimately put pressure on Loeffler to sell her share of the Dream.

This past March, the WNBA introduced a ceremonial logo, basketball and uniforms as part of its 25th anniversary celebratory campaign, “Count It.” Their ‘Rebel’ edition uniforms are a stylish symbolic representation of their activism and a tribute to the past, present and future players that helped paved the way.

Be sure to catch the 2021 WNBA season this summer as it’s expected to be the most historic season to date. The 25th anniversary season opens today, May 14, with four games.