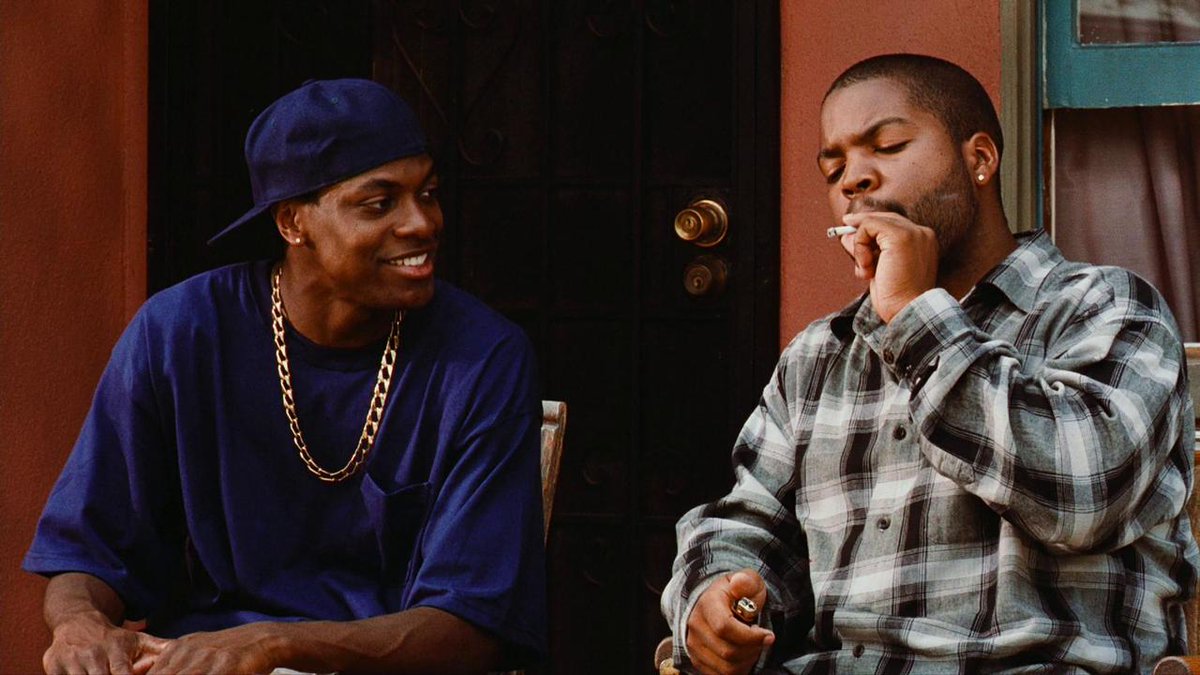 Everybody knows 4/20 is the unofficial official high-liday for all things weed-related. The only thing better than filling your lungs with the finest of smokes today is the perfect movie to take your higher consciousness on a wild ride. I mean you can’t complete your 4/20 starter kit without at least one good stoner movie. Don’t have one in mind? Don’t worry, we’ve got you covered.

Whether you’re a pot connoisseur or a cannabis newbie, we all can count on a good weed flick to deliver non-stop, over-the-top comedy – and nothing beats the perfect high like a good laugh. So grab your snacks, a strain of choice, hit the blunt, and check out these die-hard stoner classics to complete your 4/20 essentials:

Method Man and Redman’s chemistry not only lights up on their songs together, but on the big screen as well. In How High, Jamal (Redman) and Silas (Method Man) accidentally smoke the ashes of a dead homie who seemingly makes them smart enough to pass their college entrance exams and get into Harvard. From there, it’s nothing but debauchery and shenanigans as they try their hardest to stay at the esteemed university. Need more incentive to check this one out? The legendary classroom roasting scene is the highlight of the whole film.

Ask any Black person what their top 5 favorite movies are, I guarantee you Friday is somewhere in there. This South Central cult classic is just a regular day in the hood, but with a twist that has Ice Cube (Craig) and Chris Tucker (Smokey) scrambling to raise money to pay off a local drug dealer and dodge the neighborhood bully (RIP Deebo). Next to the unforgettable storyline, the highlight of the film is the star-studded cast that made this a staple in Black cinema. From Bernie Mac, Nia Long and John Witherspoon to Regina King and Paula Jai Parker, Friday is stacked with jokes and entertainment icons. And it’s only right to spark a L and raise it to the movie’s most-quoted line ever – “I’m gonna get you high today. ‘Cause it’s Friday, you ain’t got no job, and you ain’t got sh*t to do.”

Any flick from the Friday franchise is a good choice for any 4/20 activities. Next to its predecessor, Next Friday is probably the least loved within its trilogy but it’s still the perfect 4/20 flick simply because everybody gets high the whole movie. Craig’s (Ice Cube) escape from the hood to the suburbs by way of his newly rich uncle isn’t without an adventure alongside his cousin, Day Day (Mike Epps). A wild goose chase from Deebo unknowingly has Craig on yet another mission to save the day for his family. If you have some time after this, you might as well indulge in Friday After Next while you’re at it.

If you’re a die-hard Chappelle’s Show fan, you’ll appreciate Dave Chappelle’s comedic greatness in Half Baked. While we know stoner flicks aren’t award-winning films, they do know how to take ridiculously-hilarious scenarios and make them unexpected classics – which is exactly what happens when Chappelle and his two friends have to sell weed to come up with bail money for their homeboy who kills a diabetic police horse. Absurd but insanely funny. Despite the dopey cult comedy getting little to no attention when it first hit theaters, today it stands to be one of the most watched 4/20 movies in all of cinematic history – an absolute must for any stoner film collection.

Last but certainly not least is Snoop Dogg and Wiz Khalifa’s new-age cult classic – Mac & Devin Go to High School. Anything starring Uncle Snoop is guaranteed to be a good time, and this movie definitely doesn’t disappoint on its many weed references. The movie follows overgrown 15x high school senior and weed dealer Mac Johnson (Snoop) and overachieving valedictorian Devin Overstreet (Wiz) for another weed-filled stoner comedy. This film is the perfect way to embark on that extra-elevated 4/20 high – word to the talking joint (Slowburn) in the movie.

Like Loading...
In this article:4/20, Half Baked, How High, Mac & Devin Go to High School, Movies, Next Friday, stoner movies
Up Next: