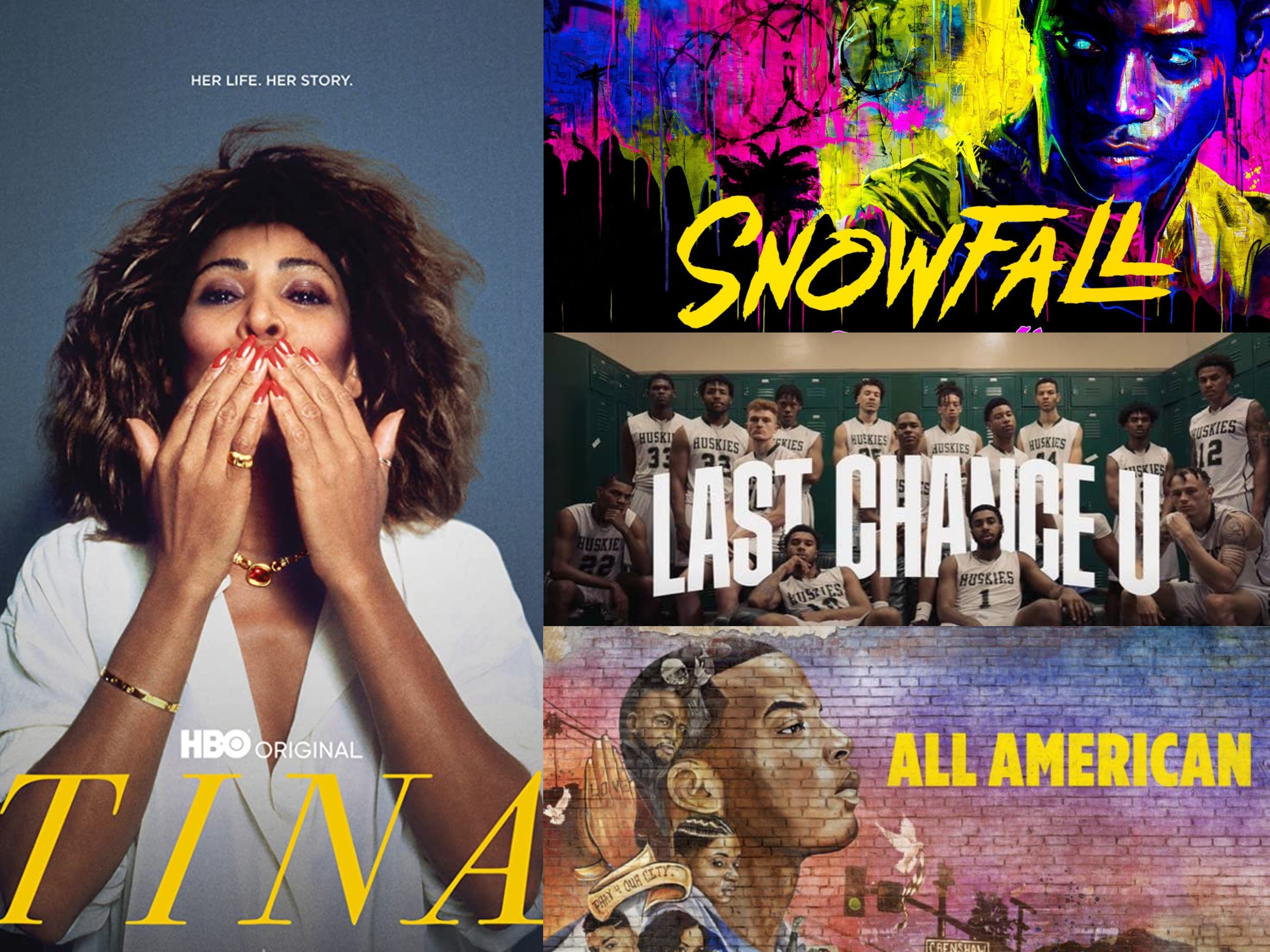 It’s Friday, which means the weekend is here and what better way to destress from a full work week than to start binging the hottest shows and movies on streaming. Based on what your timelines are talking about this week, you’ve probably found yourself out of the loop and catching the occasional spoiler. But no worries, we at The 4th Quarter did the hard work for you and hand-selected what we think are the must-watch essentials for your viewing pleasure.

If you’re looking for something new to watch this weekend, we put together our own personal list of shows that we’re currently watching. No matter what you’ve seen or haven’t seen yet, get your choice of some of the dopest shows out right here. If you’re already hip, kudos to you – if not, here’s your chance to catch up and join in on the conversation.

Here’s 6 TV shows and movies you need to check out now:

When a rising high school American football player from South L.A. is recruited to play for Beverly Hills High, the wins, losses and struggles of two families from vastly different worlds — Crenshaw and Beverly Hills — begin to collide. Inspired by the life of professional football player Spencer Paysinger, All-American stars actor Daniel Ezra as the lead role, with support from Taye Diggs, Bre-Z, and more. The series was renewed for its fourth season in February and is set to return from its mid-season finale on April 12th. Stream now on Hulu and Netflix.

A crime drama series created by John Singleton that’s set in Los Angeles in 1983. The series revolves around the first crack epidemic and its impact on the culture of the city. Snowfall follows the stories of several characters whose lives are destined to intersect: 20-year-old drug dealer Franklin Saint, Mexican luchador Gustavo “El Oso” Zapata, CIA operative Teddy McDonald, and a Mexican crime boss’s niece, Lucia Villanueva. A fifth season for the series was recently announced. Stream now on Hulu and FX.

This drama series is a spin-off of Freeform show, The Fosters. Good Trouble follows Callie Adams Foster (Maia Mitchell) and Mariana Adams Foster (Cierra Ramirez), conceptually a few years after the earlier series, as they embark on the next phase of their young adult lives. Taking place a few years after the events of The Fosters, Adams Foster siblings Callie and Mariana relocate to Los Angeles to begin the next phase of their lives. This show tackles topics such as race, LGBTQ rights, and sexism. Stream now on Freedom and Hulu.

A romantic family drama series that’ll have you fighting back tears every episode. The series follows the lives and families of two parents and their three children in several different time frames. It stars an ensemble cast that features Milo Ventimiglia, Mandy Moore, Sterling K. Brown, Phylicia Rashad and others. You can stream it now on the Hulu and The Peacock.

This latest installment of the Last Chance franchise displays an honest, gritty look inside the world of community college basketball. Over the course of eight episodes, viewers will follow the East Los Angeles College Huskies (ELAC) in their high stakes chase to an unprecedented California state basketball championship. Led by passionate head coach John Mosley, the ELAC team is made up of former D1 recruits and powerhouse athletes hustling to prove themselves for a last chance to fulfill their dreams of playing at the next level. But the team is tested as the players battle adversities, inner demons, and emotions both on and off the court. Check it out now on Netflix.

Tina is a documentary film, directed by award-winning directors Dan Lindsay and T.J. Martin. It follows the life and career of rock & roll legend Tina Turner, with Turner appearing in the film alongside interviews from Angela Bassett, Oprah Winfrey, and more. Stream it now on HBOmax.

Like Loading...
In this article:Freedom, FX, HBO max, Hulu, netfliix, Peacock, streaming, what to watch
Up Next: