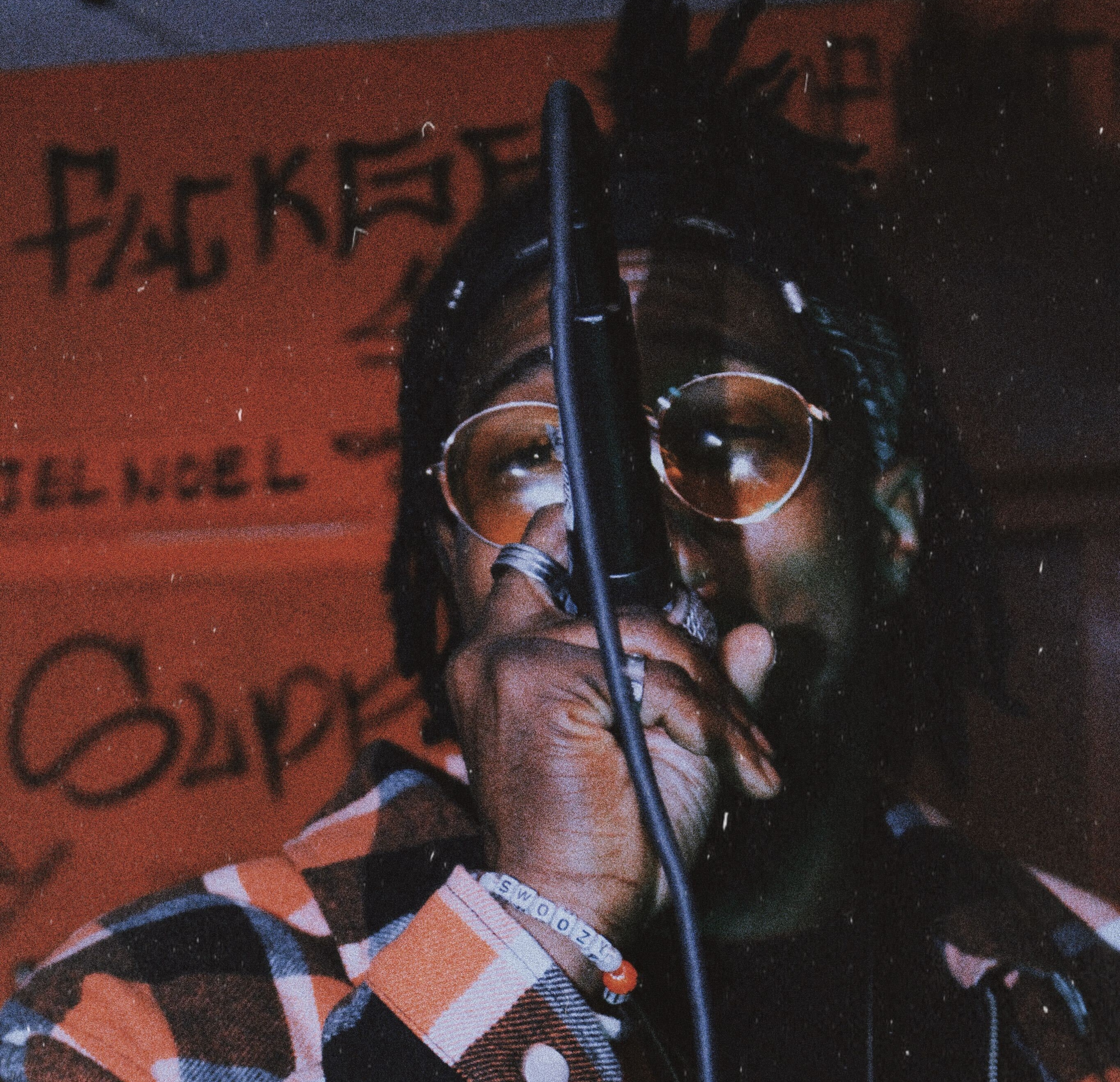 Baltimore artists have found a way to continue creating in the midst of quarantine, with rapper and singer T. Ali helping to lead the way.

As a pause on “normal life”  has temporarily been placed on the world, creatives are a group that have benefited the most from deterring from normalcy. Quarantine slowed things down for these creatives, giving them much more time to get in touch with their artistry and learn more about themselves. T.Ali is one of those artists and it just so happens that the idea for his latest EP, Writing in My Journal Vol. 1, was sparked mid-pandemic.

A post shared by Since We’re Being Honest (@t.ali.music)

“Lately I ain’t been feeling all the sh*t I’ve written,” T.Ali raps on “Journal Entry #1″ – the opening track of the 4-song EP. It’s a line that came out of a mental space where he was fighting between working through fatigue to achieve consistency and taking a break from creating. “It just seemed like for months my brain was just like,’Yo! We just finished an album, can I please sit down somewhere?,’ Ali shares with The 4th Quarter.

“It’s just not hitting. And, for somebody like me that really brings [forth] a depression. I’m really down and I’m just like, ‘Did I lose it?’” It’s a personal sentiment that resonates with many creatives who experienced this during the early stages of quarantine and even up until now. It’s quite the challenge to find a balance between trying to stay consistent with your content, while also keeping your sanity as reality continues to hit. Already dealing with mental trials before COVID-19 hit, Ali was in need of time to recuperate.

While in the stages of mentally recovering in hopes to breaking free from writer’s block, Ali came together with fellow artists in his collective, Tew World Order, where their bond helped rekindle the fire for their musically creativity to flow once again. This revival of creating music for Ali included working alongside fellow artist Miss Kam for the release of her debut album, Tew Faced. In Kam’s interview with The 4th Quarter, the raptress stated that the pandemic worked in her favor and Ali couldn’t agree more.

“I’ve learned things creatively that have propelled me in my perspective and my overall vision,” he tells The 4th Quarter. “Not only that, I’ve learned things about myself that kinda helped me just in everyday life now just during COVID. Just from researching myself. I think that just being locked down and having to quarantine forced everybody to research themselves.”

From reading to meditation, Ali has learned more about himself and grown from it, which has further laid out the foundation for the type of artist that he strives to be – one that is always fully transparent. Through his music, he aims to use stories from his own life to connect with his audiences, no matter how heavy or vulnerable his writing gets.

He stated that his 2016 track, “Undefined”, is the most self-revealing of his catalog. The nine-minute song transports listeners into Ali’s mind of all the things that were troubling him at the time. Things become very personal when Ali raps from the perspective of his father and his ex, of words he wished he would’ve heard from the both of them.  “I think that to this day it is the best song I’ve ever written”, he proudly declared. “I was like, I don’t know if I should put any of this out. I don’t know if anybody should hear this.”

“Cause I still have to get to know you, I think it’s been about 17 years, Didn’t get to help with homework, Couldn’t wipe all your tears, Couldn’t see you off to school on your first day with your peers, And you no longer call me dad, that was my biggest fear, damn.” – T.Ali, “Undefined”

He understands that his writing’s purpose is to help listeners either learn from his experiences or to mirror them and feel less alone. “You can’t have true good art unless you’re fully transparent and fully honest with yourself. I’ve said in a couple of interviews that I’ll tell my business in music. I’ve been known to tell my business in a song. It’s the music. I don’t really have anything to hide.”

The songs on Writing in My Journal Vol.1 were written therapeutically in venting form, hence the project’s title, and intended as a warm up before the release of his next album. Ali calls the EP “a special token” to his fans and supporters. As a true creative, he doesn’t feel the need to always monetize his art and creations.

“I just wanted [the EP] to be in this climate of having to release music that’s just big and meant to do numbers all the time. I wanted it to be something where it’s just like, here this is just my art and check it out. You don’t have to, but if you truly are a supporter of T.Ali just check it out and listen to it. And, it’s free.”

Ali’s dedication to the roots and intention behind his art are just a few things that have built the multi-talented artist’s following and recently earned him two Hometeam Honors wins, including Video of the Year for his song “Faded” and Best Group with his collective Tew World Order. When asked about the wins, he said “[I was] excited because I haven’t really won anything before. It’s like it’s never been something I’ve really done [music] for, but it is something that comes along with it when you do it well. I guess it’s just an indicator to me that I’m doing something right.”

It’s a special feeling to receive praise from your own city. Ali is eager to see more of this kind of unity, transparency, and creativity to continue growing within Baltimore creative community, and he’s already seeing it come into fruition. “[The unity] shows me that this city is really on the cusp of something huge. Not even as far as everyone getting rich and famous. But, as far as literally bringing the industry to the city and creating an economy. I just feel like we have so much potential just as a collective here to really just do something special.”

Quarantine has pushed and allowed for creatives to expand on their creativity in ways that they initially didn’t imagine. This remarkable shift has pivoted Baltimore’s music scene on an even higher level as artists like Ali are consistently on their grind to put their city on the map and doing it their own way.

“I want the world to view this city as authentic as it is,” he says. I want it to keep its luster, but to refine it. It’s already in the works. Everybody is already doing exactly what I’m envisioning because it just seems like in this city everybody is sharing the same vision right now. Everybody’s fates are aligned in some weird way.”

Like Loading...
In this article:artists, baltimore, Baltimore Music, creatives, interview, Music, T. Ali, Writing In My Journal Vol. 1
Up Next: