9 Baltimore Podcasts You Need to Add to Your Rotation 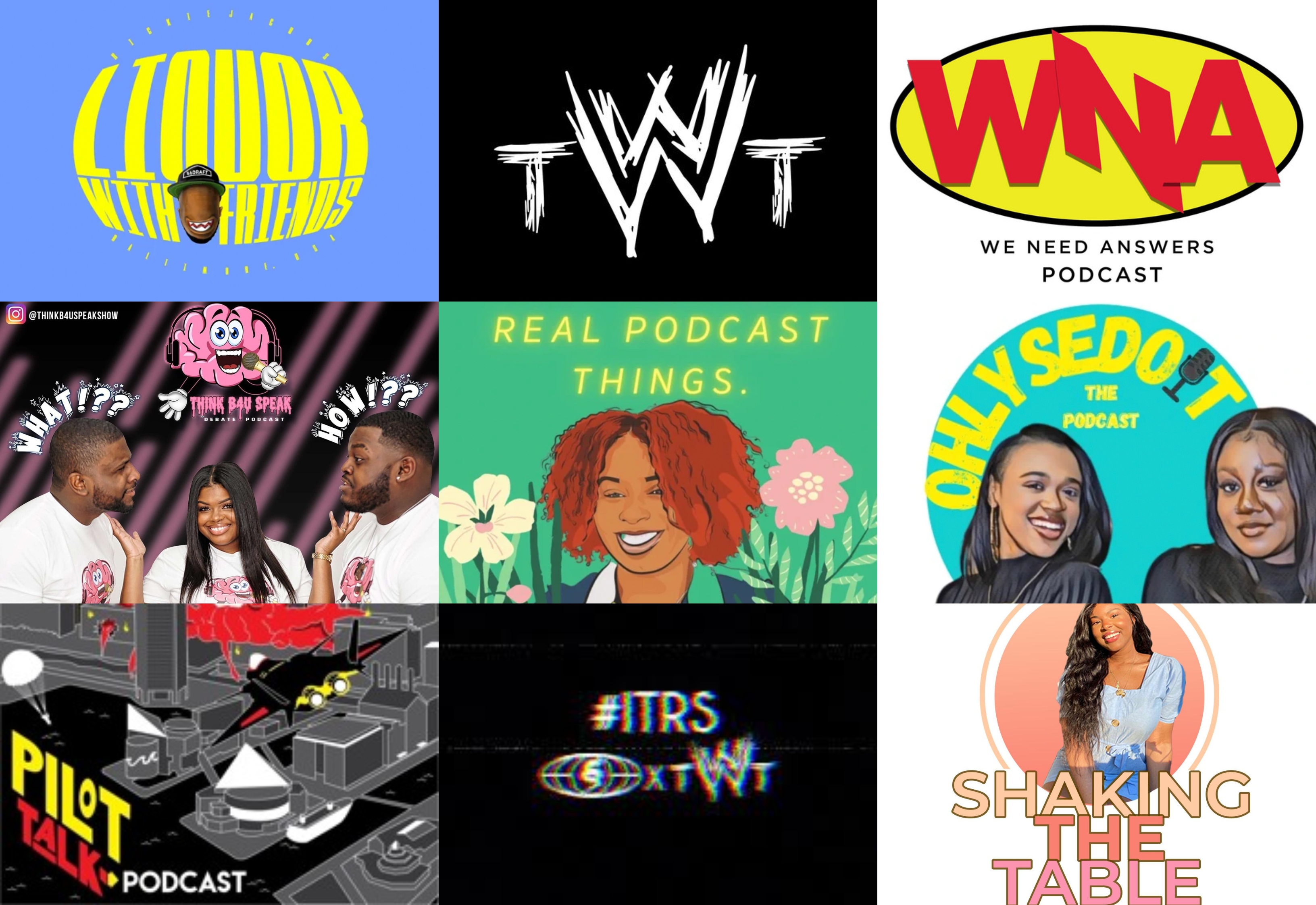 9 Baltimore Podcasts You Need to Add to Your Rotation

We’ve officially entered the era of big podcasting and the world at-large is finally tapping in. In the last year alone the industry has seen tremendous growth, and both small and large creators are cracking the code to bring their creative ideas to this ever-expanding space. While there are hundreds and thousands of podcasts in the world to support, we here at The 4th Quarter stress the importance of amplifying creators in Baltimore who are breaking into the realm of podcasting while also putting on for our city.

Here in Baltimore, there’s a lot of creative shows to tap into – from entertainment and sports to real-life debates and politics, we have it all. If you’re not hip to them already, check out these 9 podcasts worth adding to your listening rotation:

The Working Title Podcast has grown to be a staple in Baltimore’s podcasting scene over the last almost four years. As a media hub comprised of eight core members, the collective podcast hosts – alongside occasional special guests – tackle the latest happening in music, entertainment, sports, and pop culture every Monday morning at 11. In addition to its mainstay show, TWT also hosts a dedicated sports segment titled “After Practice” each week to dive into the most recent sports happenings as well as an interview series titled “After Work” that spotlights local artists, business owners, and creatives from Baltimore.

A post shared by The Working Title Podcast (@workingtpod)

Ohlysedoit The Podcas‪t is a Baltimore-based show co-hosted by Lyse and Yaya where they tackle any and every topic for millennials. From relationships issues to gender roles to dating practices and current events, nothing is off limits. The show is currently in its second season and releases episodes on a weekly/ bi-weekly basis.

Pilot Talk Podcast is a bi-weekly Hip-Hop inspired show co-hosted by JuGatti, Pitter, and Santana. The podcast covers a range of topics, including compelling hot takes, political (incorrectness), music opinions and so much more. The show’s most notable event is its annual March Rapness segment that pits various artist personas against one another for an old-fashioned  bracket-style showdown.

The We Need Answers Podcast is a weekly show hosted by Mook in which he sits down with various guests to get to the bottom of people’s most curious thoughts and questions for the everyday person. Each week the show takes a deep dive into a plethora of stigmas and stereotypes that come with lifestyles of all types.

The Liquor With Friends Podcast is a show curated by host Rickie Jacobs in which he introduces listeners and viewers to Baltimore culture with the help of special local guests sharing their real experiences growing up in the city – and of course liquor is involved. In addition to the podcast, Jacobs also hosts his famous Carcerts where he rides around with Baltimore artists for in-person performances live from his car’s passenger seat.

Thee Positivity Princess Podcast is a show hosted by Zee Smith that highlights all aspects of positivity in life. Her positivity pep talks for the podcast include discussing celebrities, pop culture, health, dating, politics, and more. As a hub for positive thoughts and energy, Zee’s podcast in short covers “real shit, real feelings, and real podcast things.”

Inside the Rapper’s Studio (ITRS)

Inside the Rapper’s Studio (ITRS) is an exclusive local Instagram-turned-YouTube interview series that takes an in-depth look at Baltimore artists and creatives who stem from the city’s art scene. The newly-minted show, founded by music artist and media personality Score Swayze, was initially inspired by the late James Lipton and Inside The Actor’s Studio. ITRS’ first season officially launched on April 6th of last year at the height of the pandemic and is currently airing its second season hosted by Jordan “BDJ” Taylor of TWT. The show’s new format now runs two interviews per episode and continues to expand on the city’s culture as a whole.

The Think B4U Speak Debate Podcast is yet another Baltimore mainstay hosted by Primetime Tez, King Shayy, and Chico Brando. Each week the Q&A show’s co-hosts dive into exciting and raw debates about everything from popular culture that challenges our way of thinking. The purpose of the podcast is to encourage people to be more critical of their thoughts and opinions and of course motivate them to think before they speak.

The Shaking the Table Podcast is a show hosted by Lauryn Taylour for young millennials looking to navigate the pressures and stressors of everyday life. Lauryn, alongside special guests, explore various lifestyle topics including mental health, dating, relationships of all kinds, and so much more. The podcast creates a space for listeners to take an introspective look at their raw and unfiltered truths while embarking on a journey of authentic self-discovery.

A post shared by Shaking the Table Podcast (@shakingthetablepod)