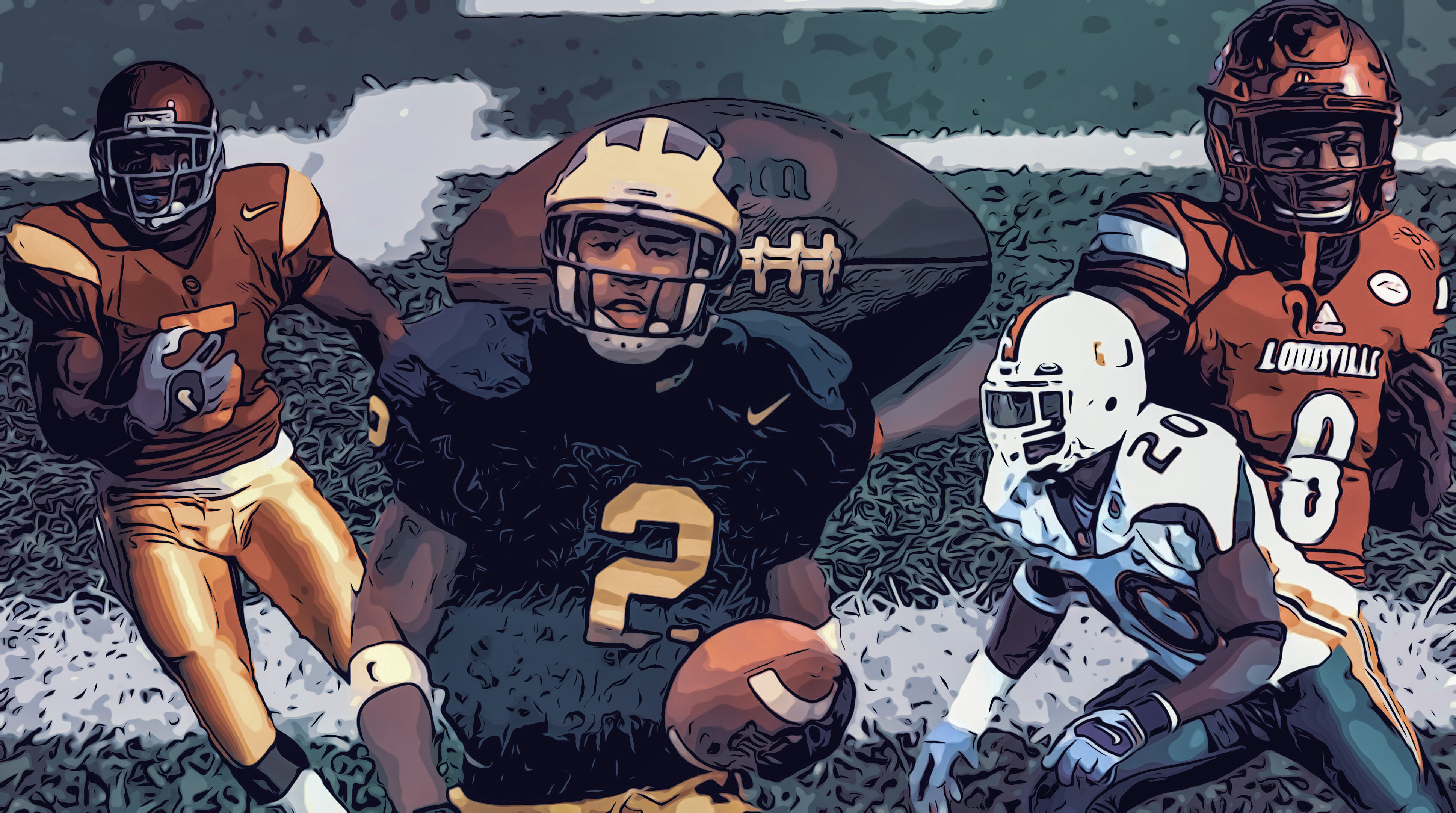 The new EA Sports College Football video game may not allow for customization, but these players would be fun to play with.

Miracles do happen — after several years of desolation, EA Sports has finally decided to bring back college football to the gaming world. The game will be called, EA Sports College Football, so as to distance itself from the NCAA brand as much as possible. The NCAA still has not allowed players to be paid for the use of the name, images and likenesses, so the game will likely look a little different than NCAA Football 14, the most recent college football video game. It does not appear there will be any options for customizing the rosters to include actual players like in previous games, but you can’t fault us for dreaming. Here are 8 explosive players that gamers everywhere wish they could use in the new game.

When it comes to playing sports video games, gamers naturally gravitate to the most exciting players and teams. Well, if that’s what you’re looking for, look no further than Reggie Bush. Through customization, we were able to play with Bush and the USC Trojans on previous games, but having him on the new edition would be fun, especially with the advancements in gaming systems. Bush was the most electric player in the history of the Trojans program, and one of the most exciting to watch in the last 20 years. He was a two-time All-American at USC, and also won the Heisman Trophy in 2005, even though it was later stripped.

Bush was as shifty as anyone, and had breakaway speed to match. It didn’t matter who you were — he was putting you on his highlight tape. A threat as a runner and receivers, playing with Reggie Bush on this video game would simply be unfair.

Michigan football has a rich history, but you can’t talk the Wolverines without mentioning Charles Woodson. He was recently selected to enter the Pro Football Hall of Fame, but before that, he was dominating the college ranks. Woodson went on quite the run during the 1997 season, winning the Heisman Trophy, Big Ten Player of the Year, Big Ten Defensive Player of the Year, the Nagurski Award (given to the best defensive player in the country) and the Thorpe Award (given to the best defensive back in the country). He also was named First-Team All-American and led the Wolverines to a National Championship.

Woodson impacted the game in so many ways. Not only was he a shutdown cover man, but he also played wide receiver and returned kicks. Woodson was a ball hawk and he would be a fan favorite for those who enjoy playing on defense in video games.

Madden fans know how enjoyable it can be to play with Lamar Jackson on the pro game (and frustrating for the opponent). It would be even more enjoyable to use his skill set on EA Sports College Football. Lamar dominated college football from 2016-2017, during his time at Louisville. Many gamers love a good dual-threat quarterback. Well, Jackson was a great one. Despite his success in the NFL, people still doubt how good he is as an actual quarterback. At Louisville, he beat his opponents through the air and on the ground.

His insane speed and juke ability would make him virtually unstoppable. As a player who would touch the ball on every down, you would have ample opportunities to make your opponent look really bad.

Ed Reed was one of the most dangerous ball-hawks the game of football has ever seen. Hell, he’s the greatest I’ve ever witnessed myself. Imagine booting up the game, knowing that you’ll have Ed Reed flying all over the field causing organized chaos. I think that would get just about anybody amped up. He was a two-time All-American with the Hurricanes and was one of the leaders on the 2001 National Championship team. Reed set multiple records at Miami and currently holds the record for career interceptions. They say defense wins championships and Reed’s playmaking ability can turn into instant offense, increasing your chances at a victory.

Sidenote: Reed’s legendary halftime speech should be featured on the game somehow too.

We’ve all seen the kind of damage that King Henry does in the NFL. Good luck trying to stop him on a college football video game. Derrick Henry played at Alabama, during a time where they were loaded with running backs. It wasn’t until his junior season, that he received the lion’s share of the workload. But boy, did he make the most of his opportunities. Henry ran roughshod over his opponents, racking up more than 2,200 yards and 28 touchdowns during the 2015 season, en route to winning the Heisman Trophy, as well as the Doak Walker and Maxwell Awards.

Henry was not a guy who went down on first contact, and the video game will only exaggerate that even more. With Henry in the backfield, you would be able to dominate your opponent.

In terms of domination at the line of scrimmage, it really doesn’t get more menacing than Chase Young. Before he was wreaking havoc on NFL offenses, the former Buckeye was terrorizing quarterbacks all across college football. Young is a freakish athlete, who possesses a rare combination of size and agility. During his junior year at Ohio State, he recorded 21 tackles for loss, 16.5 sacks and seven forced fumbles.

Rushing the passer on video games does take some level of skill, but having Chase Young on your team puts your opponent at a clear disadvantage. He’s a player who can help you dominate in the trenches and change the outcome of a game — at a level that not many could duplicate.

If you’re into downloading customized rosters, you may have already gotten the chance to play with Cam Newton on a college football video game, but playing with him on the new EA Sports College Football would probably take the cake. Newton ended up at Auburn by chance, but that chance surely paid off. He led the Tigers to an undefeated season and a National Championship victory.

College football had never seen a player of Cam’s caliber at the quarterback position — 6’5 245 pounds and can either run through you or past you. In 2010, he threw for 2,854 yards, ran for 1,473 yards and combined for 50 touchdowns. He even caught a touchdown. That just goes to show the kind of athletic ability he had. Having one of the most dominant individual seasons ever, it’s hard to pass up on an opportunity to play with Newton again.

I mean, they don’t call him ‘Megatron’ for nothing. When he played at Georgia Tech, there was nothing those ACC cornerbacks could do with Calvin Johnson. He was making video game catches in real-life, and making them pretty routinely at that. In three seasons with the Yellow Jackets, he caught 178 passes for 2,927 yards and 28 touchdowns. Standing at 6-foot-5 235 pounds, Johnson was the definition of a matchup nightmare.

Beyond the sheer size, Megatron was an unbelievable athlete for his size, with the ability to jump out the gym and the blazing speed to match. Your opponents on EA Sports College Football are going to want to make sure they key on him. Even if they do, they probably won’t be able to stop him.