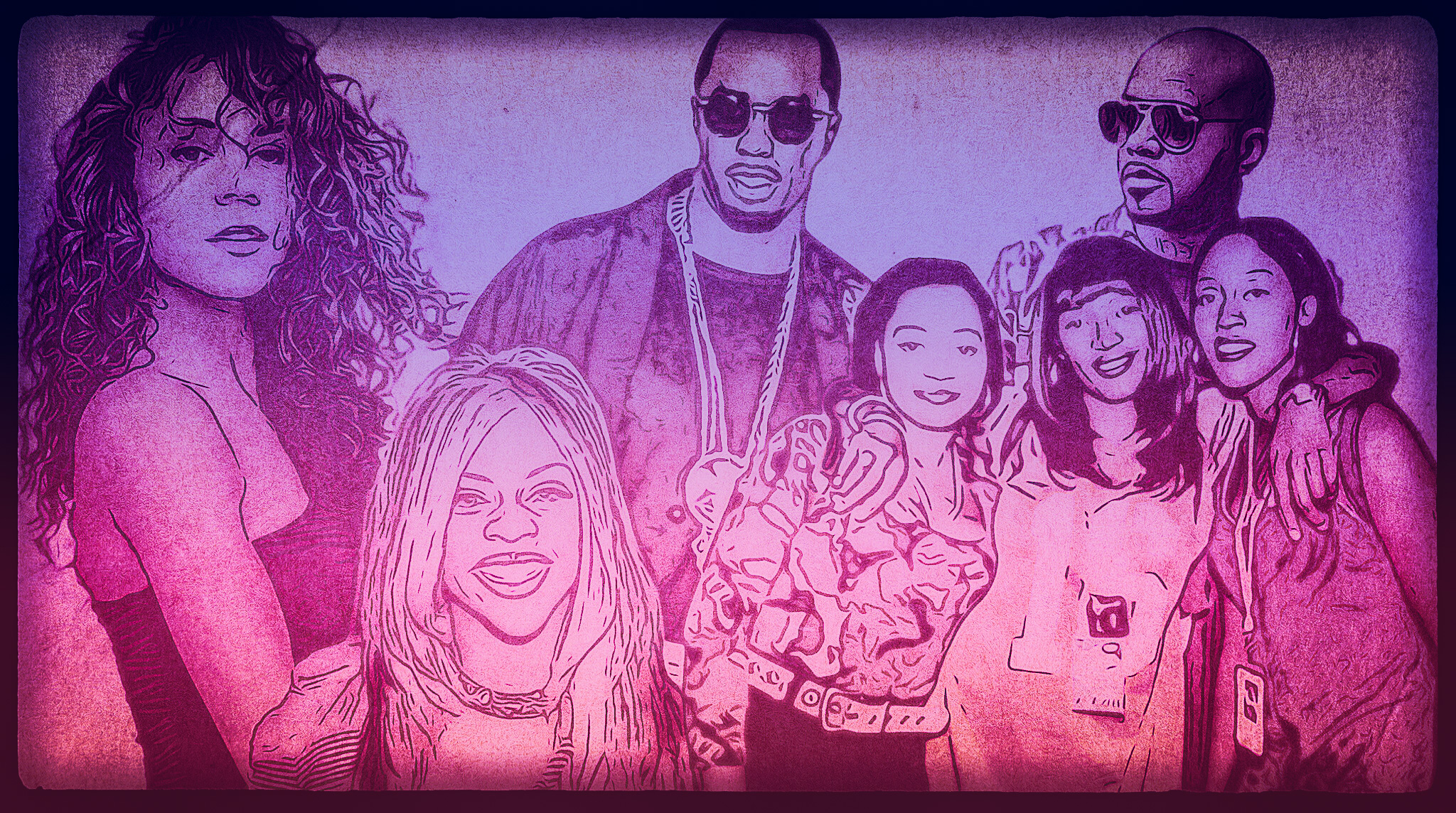 We once lived in a time where debates would arise of whether or not part one or part two – also known as the remix – of records was the superior choice. Today, the word “remix” has been thrown around too loosely and in turn has become a dying art form in music. The only requirement now for a track to be defined as a remix is for artists to hop on and feature on the original track – no switch-up of the song’s tempo, no new approach to the songwriting or the song’s structure, which is draining out the soul that once existed within music.

The origin and history of remixes is indefinite, but its roots trace back to the 60s in Jamaica when producers created new mixes of multi-track masters that they owned. Father of Hip-Hop DJ Kool Herc at a young age witnessed the innovative technique by Jamaican dance hall DJs and in 1973 the music scene changed forever with his “Merry-Go-Round” technique. According to the history of music, remixes taking off into the mainstream is thanks to electronic dance music pioneer Patrick Crowley’s remix of Donna Summer’s “I Feel Love.” The 60s and 70s created the playing ground for futuristic producers to reimagine music, and in turn they created new visions for records.

Fast forward a few decades later, a young, innovative producer from New York by the name of Puff Daddy shook up the 90s era with his new record label. The then 23-year-old would be the first of his generation to kick off the movement of merging the genres of Pop, Hip-Hop, and R&B through the power of reinventing tracks. It’s a well-known fact that Diddy was the fuel behind the fire popularizing the calculated formula of remixes. His OG blueprint opened the doors further for fellow contemporary producers like Teddy Riley, Jermaine Dupri, and more who would go on to create remixes that have left a long-lasting impact and influence on the culture.

Unfortunately, the trend of remixes began to die down in the mid-2000s when radio’s Nielsen BDS spin generator would no longer account for the total of remix spins. Switching up the original track’s production meant that it would now be its own record, which decreased the song’s total spins. This change ultimately killed the creativity, originality, and reinvention that was once reigning in the industry. “When the remix format changed, the focus was no longer on crafting production that could push a single into new spaces,” former DJ Booth writer Yoh Phillips wrote, “but finding the right feature to push the music further.”

With no one in the industry taking action to initiate reconstructing the original remix format, today’s artists settle for recycling the same mainstream artists to feature for a remix. While artists were disadvantaged by the total of radio spins back in the early 2000s, they now have the medium of streaming so there’s more room for creative expression, yet they have become comfortable with stagnation.

In the absence of true remixes in today’s music, I’ve put together ten timeless remixes that helped shape Hip-Hop and R&B by creating pivotal moments in our music’s history.

“Bad Boy, Come out and play, You know we had to do a remix, right?”

Newcomer Craig Mack released his debut single “Flava in Ya Ear” by way of Bad Boy Records back in 1994, setting the tone and trajectory for how rappers should step to the plate when recording their bars for remix features. It stands as a legendary moment in Hip-Hop history and is the epitome of “Go hard or go home.” From Biggie opening the track with a knockout verse to Busta closing out with electrifying energy, the remix is five minutes of lyrical greatness and sh*t talking at its finest.

“About yay short, about yay tall…” – the trifecta of Hip-Hop pioneers Queen Latifah, Yo-Yo, and MC Lyte teaming up on Brandy’s debut R&B single was an iconic moment for the 90s. It also created a shift in more women collaborations that we would shortly follow after. The remix’s impact continues to live on today, including most recently at the 2020 BET Hip-Hop Awards when Erykah Badu, H.E.R, Teyana Taylor, and B Rocka herself had a “Ladies First Cypher” on the track’s instrumental.

When discussing remixes, the “Touch It” remix has to be brought up early on. There was a point where you couldn’t turn on the radio without hearing it play. Swizz Beatz, Busta Rhymes and the featured artists created a moment for the culture. The 2006 BET Awards amped up its musical impact when they had a live performance where rapper Eminem made a surprise appearance and joined the crew by delivering his own unreleased verse.

The unity between female rappers in the 90s was unmatched. Missy Elliott, Da Brat, Left Eye, and Angie Martinez did a 180 on Lil’ Kim’s “Not Tonight” track and every single one of them brought their A-game and own original flavor to each verse. The five ladies earned a 1998 Grammys nomination for “Best Rap Performance by a Duo or Group’,” and it peaked at number 6 on the US Billboard Hot 100. The music video was also a star studded event with other superstar Black women artists in the industry including Mary J. Blige, Queen Latifah, SWV, Xscape, and more.

During an interview with Sway in the Morning, SWV revealed that they weren’t fans of their song “Right Here” when they first heard the remix. Their initial disapproval turned out to be their biggest pay off as one of the girl group’s greatest hits. Teddy Riley was the mastermind producer behind sampling Michael Jackson’s “Human Nature” and the record went on to be certified-Gold. It’s a timeless record that perfectly illustrates the era of 90s R&B.

You can’t talk about R&B and Hip-Hop crossovers without mentioning Mariah Carey. Carey has a wide selection of remixes to choose from, but the “Fantasy” remix had to be on this lineup. Crossing genres was atypical during the early/mid 90s, but Carey pushed past her former label Columbia Records’ hesitation and took the risk. Her artistic courage transformed what was originally a number-one pop-charting single into a Hip-Hop banger, thanks to fellow New York icons Diddy and Ol’ Dirty Bastard.

Weddings have never been the same since the release of the “Let’s Get Married (Remix)” by Jagged Edge featuring Run DMC. Even with keeping the original’s lyrics, So So Def Recordings’ Jermaine Dupri mastered flipping the production on its head, cleverly sampling Run-DMC’s “It’s Like That” and created a whole new track. The slow love ballad of Part 1 symbolizes the engagement, while party anthem Part 2 holds weight as the ultimate wedding reception song.

“No, No, No Part 2” was an unintentional moment turned into a classic. With limited studio time with Wyclef Jean, Beyoncé sped up the original flow of the verses and Jean made the decision to keep what was once unplanned as how the remix would be officially recorded. Jean’s production took Part 1 to the next level and turned Part 2 into a commercial success, earning Destiny’s Child a platinum plaque, which elevated their status in the realm of famous girl groups.

Yes, Lil’ Kim is once again on this list. Her verse on “Quiet Storm” is one of the most notable within her rap career. Havoc and Jonathan Williams’ classic production was tailored for the trio and its intro is instantly recognizable as soon as it starts. There’s no debating that it’s one of the best songs hailing straight from the gritty streets of New York. And once the beat drops, it’s time to hit Kim’s infamous dance.

The late 2000s was the last era that held down quality remixes. When Lil Wayne was going on a hot streak of hopping on and annihilating tracks, Beyonce graced us with a feature and alongside Usher the three dropped “Love in This Club, Pt II.” What was once a pop club record became a smooth, slowed down tempo R&B ballad. Usher and Beyonce’s exchange of verses accompanied Lil Wayne’s bars over Darkchild and DJ Toomp’s production that sampled The Stylistics’ “You Are Everything.”

Miss Kam is Finding Herself As an Artist, and Coming For the Crown