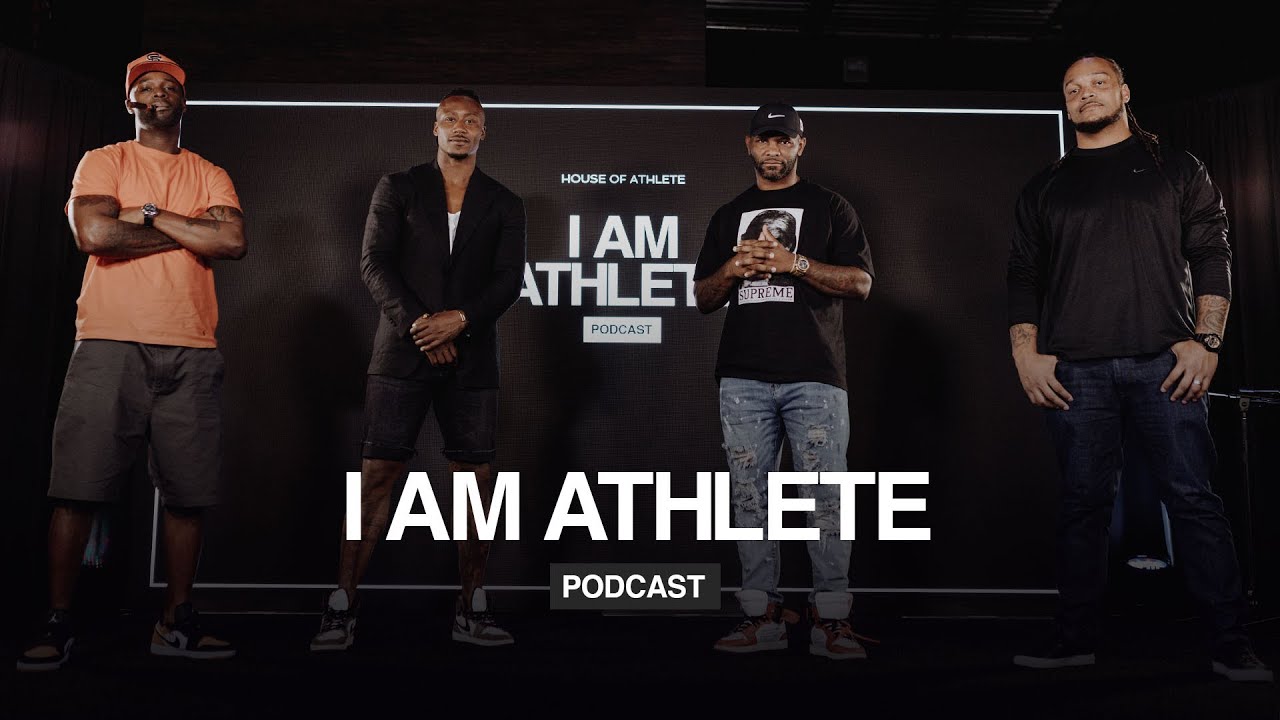 The hosts of ‘I Am Athlete’ are familiar faces and they’ve built one of the most recognizable podcasts in the country.

When I first heard Brandon Marshall, Chad Johnson aka Ocho Cinco, Fred Taylor and Channing Crowder were doing a podcast together, I thought “this’ll be interesting.” Four guys who had solid NFL careers putting their egos aside to have candid conversations definitely makes for quality content.

I Am Athlete is a thought provoking and in-depth podcast that offers multiple perspectives on subjects ranging from sports to controversial topics, to fashion, to lifestyle — covering all cultural conversations and building a platform to educate but also encourage viewers to engage.

Each week, the podcast is growing in popularity and number of subscribers due to the panelists frankness in sharing their thoughts and views on relevant topics covered each week.

Chef Nancie makes a weekly appearance and not only prepares delicious meals for the guys to try but also serves up some knowledge as the discussions heat up.

They’ll let the jokes fly, but you can always count on the conversation circling back to real sh*t.

What I personally appreciate the most about the show specifically is the dialogue between the men regarding relationships and marriage. Crowder and Marshall are the only two married in the crew but, collectively, they have very intriguing conversations on the topic. In the Season 2 episode, “What’s It Like To Be A Spouse Of An Athlete,” Aja Crowder and Michi Marshall joined the show. The Crowders and Marshalls opened up and shared some of the challenges within their marriages and how they were able to overcome them.

I Am Athlete has also expanded its brand to I Am Woman. In a spinoff from her husbands’ show, Michi Marshall leads discussions about the balance between working, marriage and motherhood.

Since discovering the podcast, it has become apart of my weekly routine. Seeing the men that I grew up watching on the field transition to an amazing endeavor after hanging the cleats up is truly admirable.

Big shout out to Marsh, Fred, Ocho and Chan for always keeping it real.

You can tune into a new episode every Monday on YouTube, Spotify or Apple Podcasts.