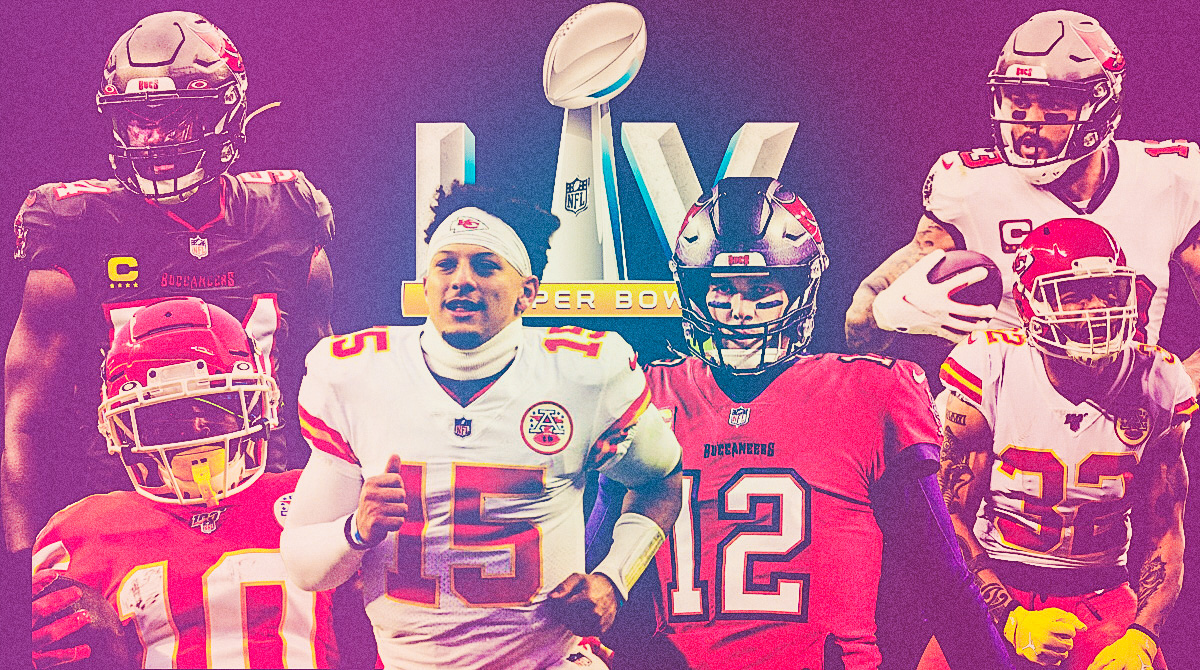 Super Bowl LV features storylines galore, but none bigger than Mahomes vs. Brady.

The 2020 NFL season has been nothing short of extraordinary, with the past year being one where the commonly-used phrase, “expect the unexpected,” became more real. Now, we have reached the Super Bowl.

Before the season even started, many questioned if there was going to be a season because of the current COVID-19 pandemic which is still impacting our country today and the forever, ongoing inequality and systemic racism towards African Americans, which led to protests nationwide last summer.

Some thought with these ongoing issues happening, the NFL, along with other sports leagues, wouldn’t play or complete their seasons fully without their players, coaches, and team personnel contracting the virus. The league canceled preseason games and team OTAs and put in place COVID-19 protocols as well.

Even with the several speed bumps they faced during the season, the league was able to play its full 16-week, 256 games slate without any cancellations of games and now the 2020 season will cap off with Super Bowl LV this Sunday.

This year’s Super Bowl’s host field, Raymond James Stadium, won’t be filled to full capacity as 25,000 fans will be able to attend the game under strict COVID-19/Social Distancing protocols, but the league is rewarding 7,500 local Tampa health care workers, who’ve been in the front lines battling the virus with free tickets to the game.

R&B singer H.E.R is tapped to perform America The Beautiful and country music singer Eric Church and fellow R&B singer Jazmine Sullivan will do a duo rendition of the “Star-Spangled Banner”. This year’s halftime show will be headlined by Pop singer The Weeknd.

The game itself features the fourth official meeting between two of the best quarterbacks of their respective generations, Tampa Bay’s Tom Brady and Kansas City’s Patrick Mahomes. Many are dubbing the matchup between the two former Most Valuable Players as “GOAT versus Baby GOAT”. Both quarterbacks share two wins apiece in the head-to-head series 2 to 2, with Mahomes winning the last contest 27-24 in Tampa last November.

For Brady, it’s his 10th appearance in the Super Bowl, the most ever for a player, and his first Super Bowl appearance with his new team. After spending twenty seasons and winning six Super Bowl championships in Foxborough, Brady decided to part ways with the New England Patriots during the offseason and signed with the Tampa Bay Buccaneers on a two-year deal.

Tampa Bay also acquired Brady’s former teammates in New England by trading for recently retired tight end Rob Gronkowski last April and signing wide receiver Antonio Brown during the midseason. The team went through some struggles early in the season, mostly with Brady connecting with new head coach Bruce Arians but after a 7-5 start, the Bucs pulled off seven straight wins after their loss to the Chiefs — including three victories in the postseason on the road against Washington, New Orleans and Green Bay.

As for the defending champion Chiefs, they have a chance to be the first team to win back-to-back Super Bowls since the 2004 New England Patriots. Mahomes, who recently inked a record-breaking a 10-year extension with the team in the offseason hasn’t missed a beat this season, reminiscent of his MVP season in 2018.

The Chiefs defense is also returning the majority of their starters from last year’s Super Bowl roster — most notably Pro Bowl defensive linemen Chris Jones and Frank Clark, linebackers Damien Wilson, Anthony Hitchens, and defensive backs Tyrann Mathieu, Bashaud Breeland, and Daniel Sorensen. Their defense played a significant role in the playoffs, as they defeated the Cleveland Browns in the Divisional round and the Buffalo Bills in the AFC Championship game.

The Chiefs are a dominant team all around, but the Buccaneers aren’t a team they can slack off of. Since 1990, when the league introduced a twelve-team playoff format, only three teams the 2005 Pittsburgh Steelers, 2007 New York Giants, 2010 Green Bay Packers have won three straight road playoff games and the Super Bowl respectively. Tampa Bay has already accomplished that feat and now have the greatest home-field advantage ever by playing in their home stadium for the biggest prize in sports.

Also, the Buccaneers defense has stepped up their play lately after letting Patrick Mahomes and Tyreek Hill play catch and run during their first meeting in Week 12. Hill had a monster game with 13 receptions for 269 receiving yards and three touchdowns. During their postseason run, the Buccaneers have forced at least a turnover in their contest.

I believe this will be an entertaining, but close game with the Buccaneers coming on top with the final score being 27-23. I can’t see a team going on an improbable postseason run winning three straight road games just to fall flat in their home stadium. Maybe it will be a fitting ending to watch Tom Brady win his seventh championship, and become the Robert Horry of the NFL.