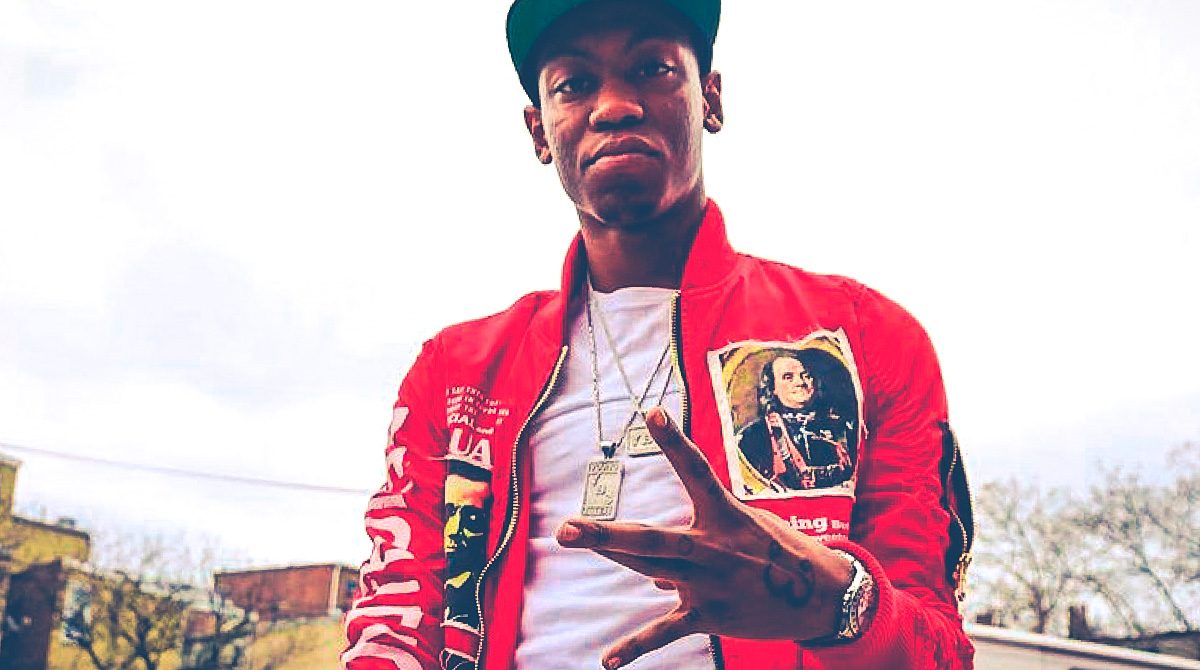 You can’t talk about the Baltimore music scene, without mentioning these four names.

Although the Baltimore music scene is one that is often overlooked and under-appreciated, the city does, in fact, have a rich history. Countless bangers have been birthed in the Charm City, from Tate Kobang’s “Bank Rolls,” to Shordie Shordie’s “Bitchuary,” to YBS Skola’s “Whole Lotta Money.” The future of Baltimore music is bright, but you can’t talk Baltimore without mentioning certain names. Over the years, we have lost several special talents, most of which fell victim to the city’s unforgiving streets. Even though they aren’t here physically, they have each left their own marks on the culture and will forever be a part of Baltimore. Here are four Baltimore artists who didn’t get a chance to reach their full potential.

While many regions like to claim they started the wave, Baltimore is the true home of “club music.” DJ K-Swift was one of the pioneers of the movement, and would ultimately be dubbed, “The Club Queen.” Swift, born Khia Edgerton, passed away tragically in 2008 as a result of a pool accident. She was just 29, but had already touched the lives of many. You couldn’t go to a party at The Paradox, Hammerjacks or Skate Works without hearing some of her best work — tracks like “Slide to the Left,” “Rider Girl,” and “Dance My Pain Away.” K-Swift landed an internship at 92Q, and would later go on to become an on-air talent.

“The city ain’t the same since we lost Swift,” Tate Kobang raps on “Bank Rolls.” Her death sent shockwaves across the city, and it was a big blow. Swift put Baltimore club music on the map and she meant a lot to the youth. Her legacy continues to live on through her timeless classics.

You can’t discuss Baltimore rap music, and not mention G-Rock aka “2 Clocks.” In fact, you might not be allowed back if you don’t. He was considered an OG to the newer crop of rappers who emerged on the scene. G-Rock was killed back in 2015, and he too, was just 29 years old. He was once part of a rap group called the Teflon Dons, but he really blossomed once he went solo. G-Rock comes from an era before streaming sites really took off — he was selling CDs to get his music out there.

One of the most respected names on the city’s music scene at the time, G-Rock built up a loyal following. He was well-known for his lyrics detailing the streets of the Baltimore. Some of his most notable tracks include, “I’m The One,” “Already,” and “5 Phones.” He was one of the first street rappers to really make noise in Baltimore, so it’s not hard to see why many would put him in their Baltimore Mount Rushmore.

Lor Scoota’s name has become synonymous with the Baltimore rap scene. With his hit single, “Bird Flu,” Scoota was able to make a name for Baltimore music, in circles outside of the city. He was murdered in East Baltimore in June 2016, after leaving a charity basketball game. Lor Scoota’s death shocked those living in the city and beyond. Many artists from Baltimore have not had the opportunity to connect with established acts in the industry, but Scoota was a rare exception. He had been linked to Meek Mill, The Game and Diddy. Scoota was just getting started, too. He was heralded for his Still in the Trenches mixtape series, as well as his freestyles over popular tracks like “Panda” and “Perkys Callin.”

Scoota was an integral member of the Young Ballers Shinning imprint, for which YBS Skola is now carrying the torch. The importance of Scoota to the Baltimore music scene, and culture as a whole, cannot be overstated. His efforts opened the door for a number of other talented artists to gain more exposure. No matter who comes along, Lor Scoota will remain a staple in the city of Baltimore.

Dee Dave may not be as well-known as the other names on this list, but he undoubtedly has left a positive impact on the Baltimore music scene. He was killed in January 2020, just before he was scheduled to fly to Atlanta for a show. The night before his murder, he hosted an event for up-and-coming artists to showcase their talents in front of other creatives. In a city filled with violence and negativity, Dee Dave promoted positivity in his music and wanted to rise above it all.

The East Baltimore native was one of the most complete lyricists in the city and his lyrics depicted real life for many living in Baltimore. Dee Dave’s Real 4Eva project was regarded as one of the better bodies of work that dropped in 2019. His latest album, Good Vibes, was released posthumously, and it embodies his career and who he was as a person. Dee Dave was a model of consistency and longevity. He also served as proof that you don’t have to be the big name in order to make a lasting impression and touch the lives of other people.