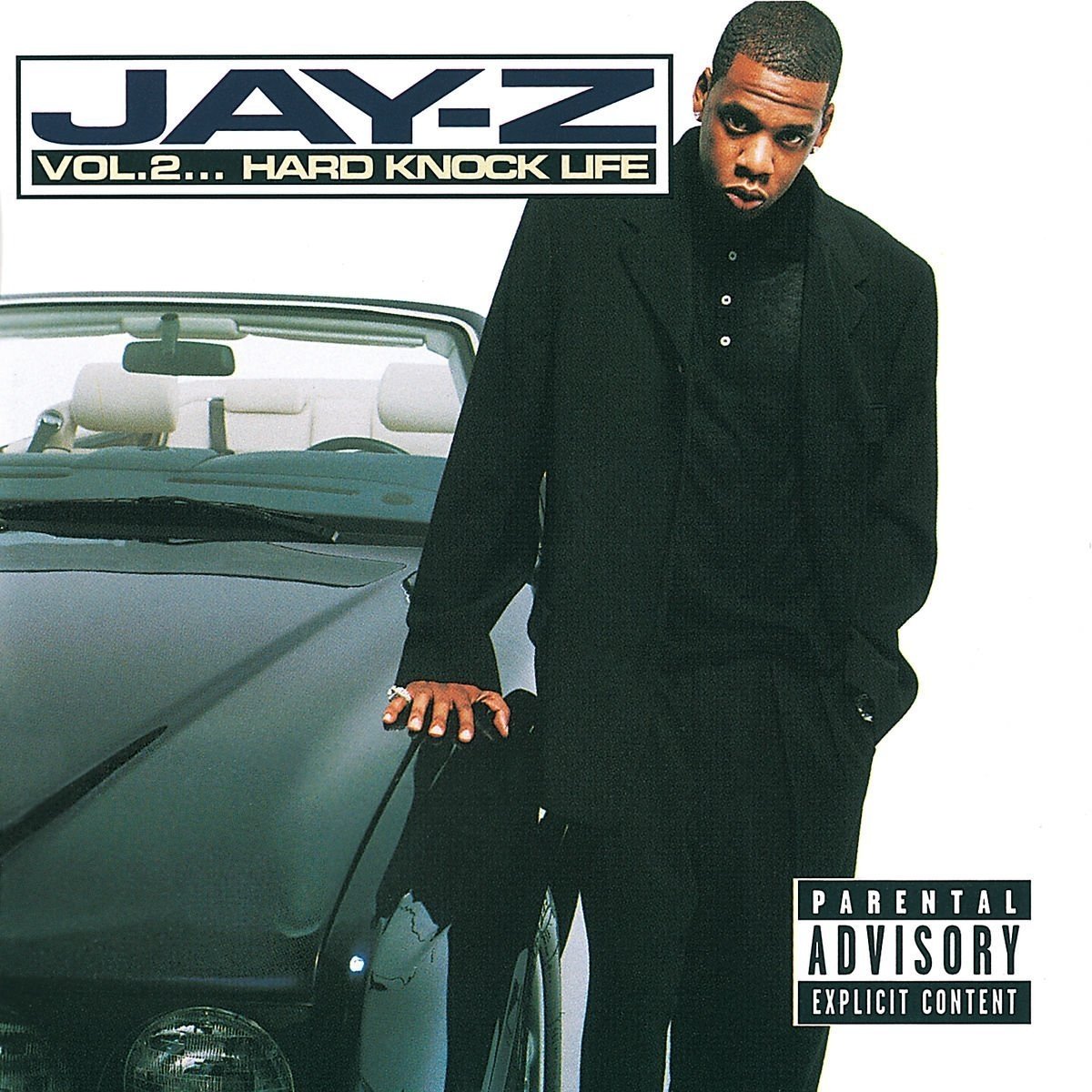 Jay Z ranked Vol. 2… Hard Knock Life as his fourth best album, right ahead of American Gangster. I respectfully disagree and switch the order of the two, but Vol. 2… Hard Knock Life is still incredible nonetheless. Hov’s third studio album is considered his breakthrough and would go on to become his most commercially successful as well. It was the departure from the more “sunshine” oriented rap Hov demonstrated on In My Lifetime, Vol. 1 which was needed to compete for the top spot in rap in 1998, one of the greatest years in the genre’s history.

Vol. 2… Hard Knock Life opens with “Pain in Da Ass,” relaying Jigga’s false claim to retire from rap as he routinely does in the most Carlito’s Way possible and attempting to figuratively pass the torch to Memphis Bleek on “Intro – Hand It Down.” Bleek certainly performs one of his finest verses and leaves listeners under the impression that maybe he was in fact next to run the rap game even though that wasn’t the case (three of his four albums are certified gold though). What followed, however, was the most important track of Jay Z’s career at the time of its release. “Hard Knock Life (Ghetto Anthem)” samples the 1982 movie, Annie which no doubt played a part in it being Jigga’s highest-charting song at the time as well as being nominated for Best Rap Solo Performance at the Grammys. The single’s substance was perfect for the Annie rags-to-riches narrative; rarely are there samples more fitting in not just hip-hop, but music as a whole.

The other three singles are imperative to the album for reasons more than commercial success. The production wasn’t aimed towards the traditional hip-hop enthusiasts nor radio listeners but found the agreement of both parties. Unfortunately, for avid radio listeners, the least successful single is arguably one of the best songs on the album, “Money, Cash, Hoes” featuring DMX. The two rappers were originally going to be apart of the now defunct rap super-group, Murder Inc. along with Ja Rule and “Money, Cash, Hoes” was one of the stronger showings out of all of their collaborations.

The overall lyrical themes on Vol. 2… Hard Knock Life are reminiscent of the Mafioso rap displayed on Reasonable Doubt with a relatively updated take on things. Tracks like “A Week Ago” and “Coming of Age (Da Sequel)” could be plots perfectly fit for a gangster movie as Jay shows why he’s considered the greatest rapper of all-time. Both tracks describe different instances of loyalty being tested with Jay’s vivid storytelling painting these tales of snitching and jealousy perfectly for listeners.

The star-studded posse cut “Reservoir Dogs” is one of the few instances Jigga faced direct competition along with “Money, Cash, Hoes.” Each featured artist spit some of their best verses during this five-minute all-star showing, most notably Beanie Sigel and Jadakiss, which stacked the deck against Hov. Ever the competitor, Jay Z closed out the track in stellar fashion leaving us all to debate which rapper had the best verse.

The year 1998 saw some of the greatest releases in hip-hop history with the likes of DMX dropping his first two studio albums, It’s Dark and Hell Is Hot and Flesh of My Flesh, Blood of My Blood along with The Miseducation of Lauryn Hill, N.O.R.E. and many others. With so much quality music dropping, Jay Z had to deliver a damn near perfect album just to be mentioned among the best and he did just that. Although he wouldn’t become the undisputed best rapper until three years later, many could argue Vol. 2… Hard Knock Life was Jay’s first real claim at B.I.G.’s hip-hop throne. Jay Z’s third studio album can often feel crowded due to all of the guest appearances, but every Hov verse is memorable and each track rightfully belongs on the album. Vol. 2… Hard Knock Life is the second of five incredible albums Jay Z has blessed us with and it still lives nineteen years later, that’s the definition of a classic.